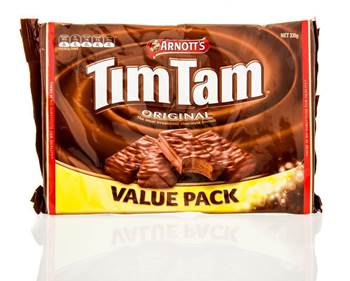 Based in Western Sydney.

The humble Tim Tam could soon come to you from the precision controlled claw of a baking bot.

The new facility is touted as a solution to streamline the company’s logistics processes, while positioning Arnott’s as a more flexible and competitive business.

The move comes as supermarkets continue to put the squeeze on suppliers – who can forget the Tim Tams strike that hit Coles – the machines move into food processing and manufacturing to extract costs and boost efficiency.

The extra warehouse space will increase storage from 6,000 pallets to 28,000 (that’s a lot of Tim Tams), while also enabling Arnott’s to manage all inbound and outbound deliveries for New South Wales from Huntingwood.

While Arnott’s didn’t respond to an iTnews request for comment on who will be providing the automated systems (or the impact of automation on jobs), Japanese manufacturing solutions provider Daifuku was listed as a project partner.

Not listed among the project partners was ASX-listed lighting-as-a-service play Vivid Technologies, who has previously collaborated with Arnott’s and its transport partner Linfox.

The latest project is set to bring Arnott’s spending on manufacturing infrastructure in Australia to $250 million over the last six years, which was celebrated with a ‘turning of the soil’ ceremony on Thursday.

Craig Funnell, vice president of supply chain at the biscuit company’s parent organisation, Campbell International, said the significant investment was a step to future-proof the business.

“Investment is a key element of Arnott’s continued success, ensuring we continue to operate effectively in a global market, while the flow-on benefits to the country of an investment of this magnitude are significant,” he said.

Funnell also spruiked the fact the company employs over 2,000 people in Australia, some of whom will presumably work in the new warehouse facility as worker safety was touted as one of the benefits of the automated facilities.