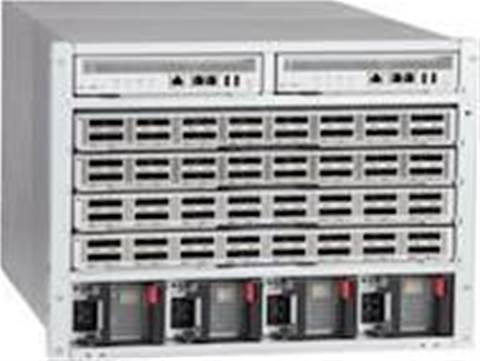 US trade judge ruling could lead to product import ban.

Arista Networks used rival Cisco Systems' network device technology in its ethernet switches without permission, a US trade judge ruled on Friday, handing Cisco yet another win in a sprawling legal battle over patents between the two companies.

The judge, MaryJoan McNamara of the US International Trade Commission in Washington, said Arista had infringed two patents owned by Cisco. The ruling, which must be reviewed by the full commission over the next few months, could lead to an order banning the import of Arista's products into the United States.

Cisco filed the complaint at the ITC in December 2014, alleging that Arista was infringing six of its patents, which relate to improving the speed and performance of networked computers and devices.

The products accused of infringement include Arista's 7000 series of switches, which generate most of its revenue.

In a statement, Arista general counsel Marc Taxay said the company looked forward to presenting its case to the full commission.

“We...strongly believe that our products do not infringe any of the patents under investigation," he said.

Cisco's general counsel, Mark Chandler, said "our goal has always been to protect technological innovation, and stop Arista from using our patented technology".

Friday's ruling comes after the ITC in June, in a separate case, ordered an import ban on Arista's products that infringed several other Cisco patents.

The US Trade Representative allowed that order to go ahead in August, but US customs officials last month ruled that Arista could resume imports of its redesigned switches because they were not within the scope of the ban.

Arista was trading down less than 1 percent to US$93.75 after hours on Friday. Cisco's stock was unchanged.

The companies are also sparring in a trial that is currently underway in federal court in California, where both are based. Arista is defending against claims of copyright and patent infringement brought by Cisco. The trial is expected to wrap up next week.

Companies frequently turn to the ITC to win an import ban and to district court to win damages.