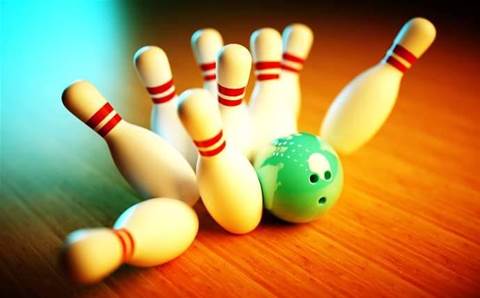 Theme park and leisure centre operator Ardent Leisure has outlined plans to transform its customer-facing technologies as it nears the halfway point of a cloud migration drive.

Ardent’s portfolio of entertainment assets includes theme parks such as DreamWorld and WhiteWater World, AMF and Kingpin bowling centres, Goodlife Health Clubs, and the Main Event Entertainment chain in the US.

Last week, the leisure company told investors one of its key aims over the next financial year would be to boost its digital offerings for customers following work on its back-end systems.

The transformation effort will be overseen by Ardent CIO Paul Young, who took on the role in September last year.

"We're reinventing and reinvigorating ourselves at the moment. The reason for me being chosen for this role is the recognition that we need to move into the 21st century with our digital strategy,” Young said.

“There’s a long-term plan for our parks, including DreamWorld, WhiteWater World and Skypoint. And what’s in place currently is not right for our long-term plans.”

According to Young, consumers now have different expectations of theme parks, bowling alleys and gyms, with an increasing reliance on mobile as the primary means of engaging with businesses.

“So at a park like DreamWorld, for example, how do you purchase tickets? Or if it’s busy, how do you reserve a seat at a restaurant or get notified when it’s available? We’re looking at how to transform the customer experience,” he said.

“Our current experience is manual. So the question is how you get close to your customer and provide them with a digital experience.”

Underpinning Ardent’s digital ambitions is a move to the cloud, a project Young said is now reaching its halfway point.

“There’s massive changes to our core IT to do this. We’re moving a significant part of our apps to the cloud with AWS,” he said.

“We’ve changed our enterprise architecture principles to layer up, we’re implementing and reinventing networks, and we’re getting ticketing and mobile systems that interact in near-real time."

The move to the cloud had been facilitated over the past five years by an effort to consolidate the enterprise applications used across the group. This included a move to Oracle’s Taleo and Fusion HCM in 2012.

Unlike such group-wide efforts, the company’s future projects are likely to take a more division-specific approach.

“The way I look at it, the way you operate entertainment might require specific systems and pieces of hardware. It’s about customer experience and removing friction points," Young said.

“You have to address the needs of each division first. There are ways you can do that so you can realise group synergies. Going the other way – rolling out systems for the group and then making alterations for divisions – is not optimum.

“We’re still in the process of looking at options, I expect we’ll find tier one systems that will closely match our requirements without major changes to our underlying systems.”

According to Young, the adoption of agile methodologies was crucial to the company achieving its transformation objectives.

“Years and years ago, people built great big monolithic products. Now we’re seeing the rise of lots of micro-services – Uber in transport, Wotif in accommodation, Amazon in books, AWS in storage," he said.

“You need to look at what is the MVP [minimum viable product] and then do lots of tests, fail fast and optimise on the ones that work.

“You don’t have any more than you need to test. Implementation time is down 50 or 60 percent. You get good feedback, good ideas mature and grow."

As a result, Young said the digital transformation effort would be the first in a number of two-to-three year sprints.

“As a CIO, the tendency is to think in two to three year sprints. But I expect this will be an ongoing reinvention."