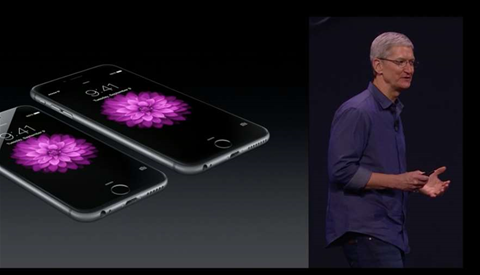 Apple unveiled a new watch, two new iPhones with larger screens and a mobile payments service today as chief executive Tim Cook seeks to revive the company's reputation as a wellspring of innovation.

The first new product to be developed and introduced under Cook's reign is a wearable device tethered to the iPhone that combines health and fitness tracking with communications.

Designed by Jony Ive, the Apple Watch will come in three distinct collections, including a sports edition and an upscale line coated in 18 carat yellow or rose gold. 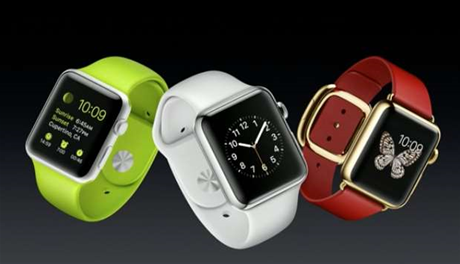 Apple Watch runs an S1 custom-designed system in a package, and uses a "Digital Crown" on the side of the watch for navigating the device features. Users are alerted to updates via a Taptic Engine for vibration feedback and built-in speakers, and it connects via 802.11b/g wi-fi and Bluetooth 4.0.

Developers will be able to code apps for the Watch using a software development kit (WatchKit) and application programming interfaces.

Apple did not say if and when the watch will be available for Australian customers.

Rival watch and wearable device makers are keeping a wary eye on Apple, which up-ended the music industry and drove once-dominant phone makers like Blackberry to the brink of extinction, and whose iPad helped shrink personal computer sales for a time before they recently recovered.

Apple has an enviable track record when it comes to mobile hardware, though it's not necessarily the first to introduce a new-fangled product category. Rival electronics giants such as Sony, Samsung, LG Electronics and Qualcomm have already launched smartwatches, albeit without much success.

iPhone 6 and 6 Plus launched

Both devices feature the new Apple designed 64-bit A8 system on a chip with the M8 motion co-processor. The clock frequency of the A8 was not given by Apple, nor was the amount of system RAM, but the new devices can be bought with up to 128 gigabyte of storage, twice the maximum of existing iPhones.

The new processor is said by Apple to be 50 per cent faster than the current A7 part, and also more power efficient. Battery life on the iPhone 6 is quoted as ten hours of browsing using 3G/LTE, 11 hours video playback and 14 hours talk time.

iPhone 6 Plus devices are said to last up to 24 hours talk time, 12 hours on 3G/LTE and 14 hours video playback; the standby time is quoted as up to 16 days. 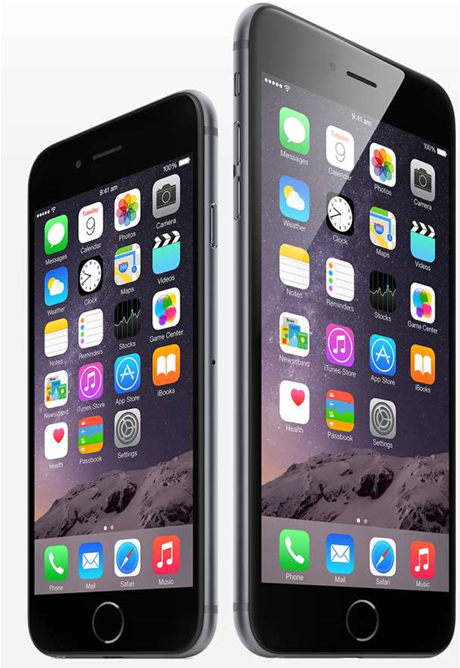 Screen resolution has been upped considerably in the largest iPhone 6 Plus, which comes with a full high-definition Retina display at 1,920 by 1,080 pixels. This gives it 401 pixels per inch density, up from 326 ppi in the iPhone 5s, 5c and 6, with the latter having a 1,334 by 750 pixel screen.

Further improvements to the iPhone 6 and 6 Plus Retina IPS screens mean these have high contrast ratios of 1,400:1 and 1,300:1, compared to the 800:1 measure on the existing devices.

Viewing angles have also been widened with dual-domain pixels, Apple said, and there is also a new display zoom feature.

While Apple was expected to introduce higher resolution 12 or 16 megapixel iSight cameras in the new iPhones, the company decided to keep these at the current 8 megapixel level, with large 1.5-micron pixels and an f/2.2 aperture lens.

However, the top of the line iPhone 6 Plus camera gets optical image stabilisation and Apple claims several improvements have been made over the earlier generation of imaging units, such as continues auto-focus for video and higher slow-mo shooting at 240 frames per second.

The new iPhones will support more than 200 telecoms carriers worldwide with LTE, including all three in China - a key growth market for the company.

Each iPhone 6 model will come equipped with its new payments service, which launches in the United States next month and allows users to pay for items in stores with their phones instead of physically presenting their credit or debit cards. 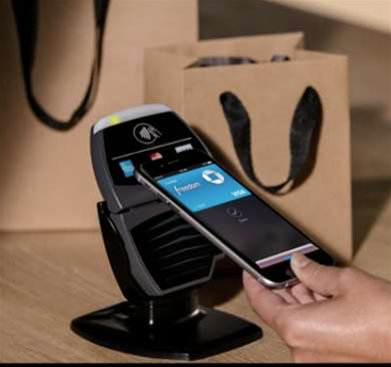 According to Apple, the new Pay service is more secure than traditional credit card transactions.

"When you’re using Apple Pay in a store, restaurant or other merchant, cashiers will no longer see your name, credit card number or security code, helping to reduce the potential for fraud," said Eddy Cue, Apple’s vice president of Internet Software and Services.

Cue said that Apple doesn’t collect purchase histories if devices are lost or stolen, and that people can use the Find My iPhone app to quickly suspend payments from a device.

Each new iPhone and Watch will come with a new Secure Element chip and a near-field communications transceiver for the payments service.

Apple did not reveal when the Pay service will become available outside the United States.

Presently, Apple Pay works with credit and debit cards from AmEx, Visa and MasterCard as issued by large US banks.

The company said Pay will work with over 220,000 merchants in the US, as well as all 258 Apple stores in the country.