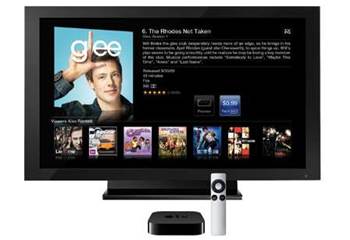 Will it be called iTV?

The television industry could be in for a shake-up as further reports point to Apple entering the market with LCD and OLED sets built by Foxconn in China.

Foxconn has received orders from Apple for TVs and is in trial production stage, according to China Business News. A small batch is undergoing design verification tests by Apple currenently.

The networked TVs will have high-definition LCD and OLED screens with diagonal sizes ranging from 42 to 55 inches and launch in December this year and go on sale in 2013 priced at US$1,500 to 2,000.

While the TV market is considered stagnant, analysts believe Apple’s design capabilities and existing device interconnection features such as Airplay and Siri voice recognition and FaceTime video calling will propel it to a ten per cent market share, possibly as fast as in a year’s time.

What the Apple set will be called isn’t yet known. The obvious iTV collides with well-established UK broadcaster ITV’s naming rights and iPanel is floated by some industry observers.

Reports of Foxconn chairman Terry Gou confirming that his company is making Apple TVs surfaced in May this year, but the company issued a statement at the time that appeared to deny this was the case.