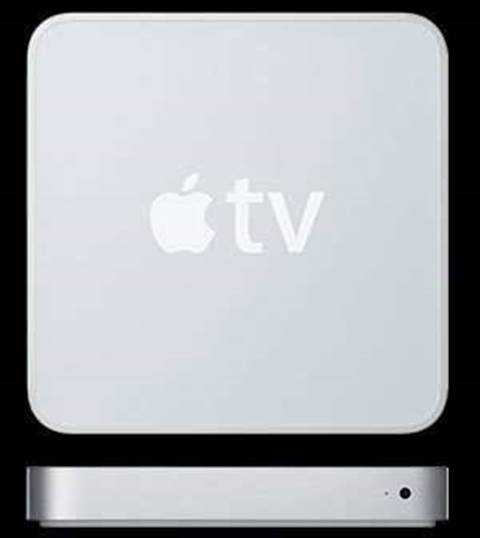 Apple's iron grip on its TV box has been broken before, but a new thumb drive hack not only unlocks the device, but also opens it up to innovative social networking features.

Developer Scott Davilla released the Boxee patch for the Apple TV software Tuesday that 'jailbreaks' the set-top box and will also allow friends to share media files over the Internet.

The stock Apple TV appliance can play only video and music files purchased from its iTunes Store or those compatible with its proprietary iTunes digital restrictions management (DRM) format.

Boxee breaks Apple's media lock-in by allowing users to access any DRM-free multimedia, including DIVX, AVI, MKZ and BIN, from any computer that's on their network, including the Internet.

Once downloaded, the Boxee installer is loaded onto a bootable flash thumb drive. The user reboots the Apple TV from the thumb drive, clicks on Boxee on the main menu screen, then selects Update to download the full application over the Internet. Reboot the box and you're all done.

"We think Boxee will be a great complement for Apple TV," said Boxee spokesman Andrew Kippen. "It'll spare users the need to spend US$600 on a Mac mini just to view their DRM-free media."

The Boxee installer download is currently available by invitation only, so those who want it must submit requests for invitations, though invited users may share invitations with friends.

At present, the Boxee installer patch can only be downloaded and run by Mac users, but it is reported that Davilla will release Windows and Linux versions next week.
Got a news tip for our journalists? Share it with us anonymously here.
theinquirer.net (c) 2010 Incisive Media
Tags:
a apple drive gets hack hardware security thumb tv