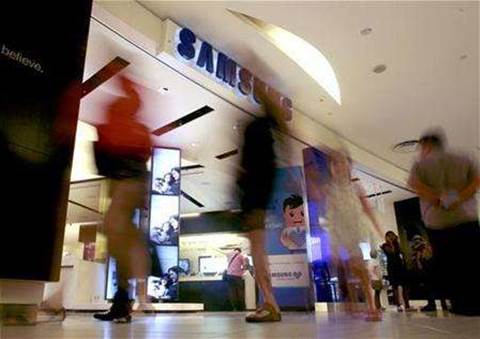 Apple has asked a US federal court to add six more products to its patent infringement lawsuit against Samsung Electronics, including the Samsung Galaxy Note II, in the latest in move in an ongoing legal war between the two companies.

The case is one of two patent infringement lawsuits pending in the US District Court in San Jose by Apple against Samsung.

An earlier lawsuit by Apple that related to different patents resulted in a US$1.05 billion jury verdict against Samsung on August 24.

"Apple has acted quickly and diligently to determine that these newly-released products do infringe many of the same claims already asserted by Apple," the company said in the filing.

Apple filed the second lawsuit in February, alleging that various Samsung smartphone and tablet products including the Galaxy Nexus infringed eight of its patents.

Samsung denied infringement and filed a cross-complaint alleging that Apple's iPhone and iPad infringed eight of its patents.

A US judge on November 15 allowed Samsung to pursue claims the iPhone 5 also infringes its patents.