Apple to fix some MacBook keyboards for free 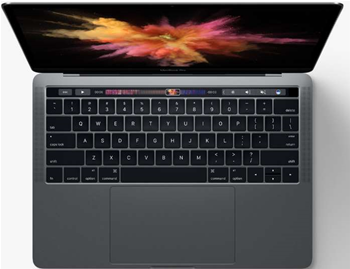 Apple has finally agreed to replace either broken keys or the entire keyboard on many MacBook and MacBook Pro models for free, after years of issues experienced by users.

The company launched its 'keyboard service program' over the weekend to address issues with the so-called 'Butterfly' keyboards on MacBooks built in the past three years.

The keyboards suffer from an issue where the tiniest amount of dust can fall under the key, causing keystrokes not to register.

That didn’t appease many of its customers, some of whom banded together in May to launch a class action against the company.

Others simply stopped recommending that anyone else purchase a MacBook Pro.

However, the company has now, for the first time, admitted that “a small percentage of the keyboards in certain MacBook and MacBook Pro models” suffer from unresponsive or error-prone keys.

“The type of service will be determined after the keyboard is examined and may involve the replacement of one or more keys or the whole keyboard.”

Apple said that customers who had already paid to have their keyboards repaired could contact the company “about a refund”.

The company said that the free replacement offer would run for “four years after the first retail sale of the unit” in question.