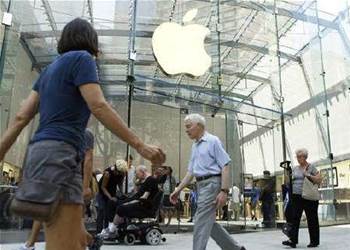 Apple is investigating an explosion that killed two people, injured 16 and forced a production halt at a Foxconn Technology Group factory in China said to produce the popular iPad 2.

Foxconn, whose flagship unit is Taiwan's Hon Hai Precision Industries group and Apple's main manufacturing partner, said in a statement the explosion happened at about 7 pm local time (1100 GMT) on May 20.

"Production has been suspended at the site of the explosion until the completion of the investigation," Foxconn said in a statement.

"The safety of our employees is our highest priority and we will do whatever is required to determine and address the cause of this tragic accident."

It did not name the affected plant or say what it made, but China's official Xinhua News Agency said it was the Hongfujin Precision Electronics plant in a high-tech industrial zone west of Chengdu, the capital of Sichuan province.

Hon Hai spokesman Edmund Ding said the company is still evaluating losses. He could not say whether group founder and chairman Terry Gou had gone to the site.

The explosion could affect the supply of iPads and investors were watching closely. Apple spokesman Steve Dowling said the company was assessing the situation.

"We are deeply saddened by the tragedy at the Foxconn plant in Chengdu and our hearts go out to the victims and their families," he said. "We are working closely with Foxconn to understand what caused this terrible event."

Ticonderoga Securities analyst Brian White said the factory makes a lot of iPads because some production had been shifted to the facility from factories in the southern Chinese city of Shenzhen.

Apple sold 4.69 million iPads last quarter and is scrambling to meet staggering demand for the mobile device, but is heavily backlogged. Executives had expected production to ramp up during the present quarter to meet demand.

The plant explosion is the latest setback for Foxconn, the world's largest contract manufacturer.

The company made headlines last year after reports emerged about poor working conditions at factories in southern China, which critics say may have helped drive several employees to suicide.

Facing higher wages in the southern China manufacturing belt, the scene of labor disputes last year, some Taiwanese manufacturers have opted to shift some operations to the country's interior, where costs are lower.

Foxconn also has plants in North America and Mexico, as well as in European countries, including Slovakia and Poland.