Apple partners with SAP to bring HANA apps to iOS 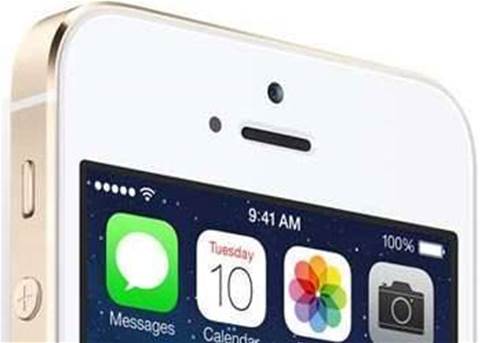 Apple is taking another step into the corporate computing world by partnering with SAP to develop apps powered by the German company's enterprise platforms on iOS smartphones and tablets.

The consumer electronics giant, which historically has remained aloof from the business market, has in the past two years set partnerships with IBM, Cisco and now SAP that enable Apple products to reach a growing enterprise audience.

SAP, whose business software is used by 87 percent of the world's 2000 biggest companies, said it would work with Apple to develop mobile business apps for iPhones and iPads that are powered by its HANA platform.

SAP is seeking to entice its vast base of multinational corporate customers to convert their classic packaged software for managing financial planning, human resources, manufacturing and external supply chains to cloud-based software and its HANA database.

A 2014 study by business software maker VMware showed that Apple's reputation as anything but a business computer supplier is out of date. It found that two-thirds of corporate enterprises now allow employees to use Apple computers as well as PCs running Windows.

In September last year, Apple chief executive Tim Cook boasted that Apple's enterprise business had generated US$25 billion (A$33.5 billion), or roughly 14 percent of the company's revenue, in the past year.

However, the vast majority of its revenue continues to come from computers, phones and related services aimed at consumers.