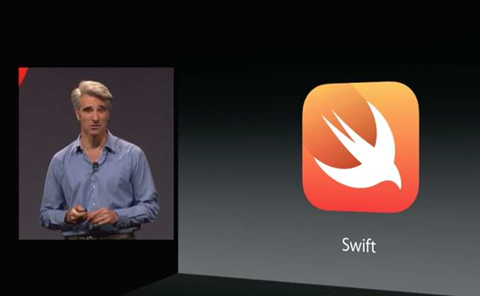 Linux port of Swift out at the same time.

Apple has released its new Swift programming language as open source under a liberal license alongside the launch of a developer community website, Swift.org.

The company released Swift as a set of different projects, including the Swift compiler and standard library, which uses the LLVM optimiser to generate byte code; the LLDB debugger with a read-evaluate-print loop (REPL) interactive command shell; and the Swift package manager for app distribution.

Additionally, Apple today released a port of the programming language for Linux.

The Linux port is not fully ready, with features such as the libdispatch scheduler for concurrent code execution not fully developed, and some C language constructs not imported into Swift.

Runtime introspection, which allows developes to enumerate available methods on an object or call methods using selectors, is also not available on the Linux port, because the feature depends on the Objective-C programming language executable, Apple said.

Source code for Swift is available on GitHub, and is released under the Apache 2.0 license.

There are also pre-built binaries for Swift available to download for Apple OS X 10.11 El Capitan and the Ubuntu version 15.10 and 14.04 Linux distributions.

The move follow's Microsoft's release of several components of its .NET coding framework as open source last year, with support for Windows, Linux and OS X.