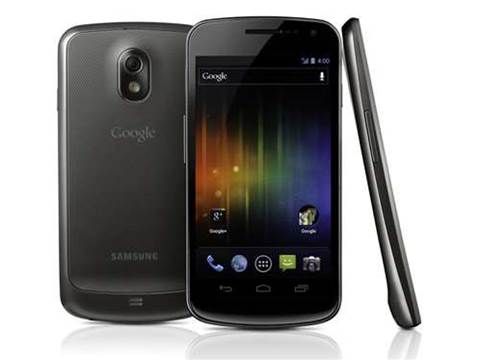 Apple has raised the stake in an intensifying global patent battle with Samsung Electronics by targeting the latest model using Google's fast growing Android software, a move which may affect other Android phone makers.

Apple has asked a federal court in California to block Samsung from selling its new Galaxy Nexus smartphones, which use Google's newest version of Android, called Ice Cream Sandwich, alleging four patent violations including new features such as a voice-command search function.

Galaxy Nexus, the official debut of which was delayed by Samsung in October to pay respect to Apple's co-founder Steve Jobs, is the first phone running on the newest Android version before the platform is widely adopted by hardware manufacturers such as HTC and Motorola Mobility.

HTC and Motorola are also in separate patent disputes with Apple.

Those include the ability to unlock phones by sliding an image and to search for information by voice.

"Google cannot deny its undivided responsibility for any infringement findings. A preliminary injunction would not prohibit the sale of a Galaxy Nexus just because it's called Galaxy Nexus or looks like one: it's all about which patents it infringes on," said independent patent expert Florian Meuller.

"I am absolutely certain that...for the preliminary injunction motion the Galaxy Nexus was singled out because it's so new, and important."

Samsung said in a statement on Monday that it is aware of the filing by Apple in the California court.

"We continue to assert our intellectual property rights and defend against Apple's claims to ensure our continued innovation and growth in the mobile communications business," Samsung said in a statement.

With the new lawsuit, Apple is opening up another legal assault on the South Korea-based company after taking Samsung to the same court in April of last year. In the earlier case, Apple alleged that Samsung illegally copied iPhone and iPad design features and the look of its screen icons.

Apple acknowledged the setback in the new action and said now it is suing over new products and different patents.

In addition to the California cases, Apple and Samsung are waging more than 20 legal fights in at least 10 countries in their war for global leadership of smartphone and tablet markets.

(Reporting by David Henry in NEW YORK and Miyoung Kim in SEOUL; Editing by Matt Driskill)