Apple king of phones, runner up in PCs 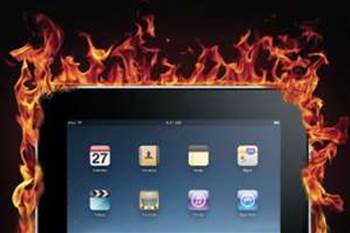 Apple overtook Nokia as the largest smartphone vendor last quarter while becoming the second largest PC vendor in the world, according to analysts.

Samsung’s Galaxy came in at second spot ahead of Nokia with 19.2 million smartphones shipped last quarter.

“Having become the first ever vendor to ship 100 million smartphones in a single year during 2010, long-time leader Nokia has slipped two places in our rankings in Q2 2011,” said Tom Kang, Director at Strategy Analytics.

“The vendor’s 15 percent global smartphone market share is less than half of what it was just one year earlier, as the industry awaits Nokia’s pending transition to Windows Phone 7.”

Apple also made a massive dint in the Windows-Intel dominated desktop world, according to analyst firm Canalys, which bucked Gartner and IDC’s reporting methods by lumping pads in with PCs and desktops.

Thanks to the iPad, Apple became the second largest PC vendor in the world, it said, shipping just over 13 million units in the second quarter of 2011, behind HP’s 15.3 million.

The firm also noted that the share held by “Wintel”, which it defined as “any PC running any version of Windows in conjunction with any x86 architecture”, fell below 82 percent, its lowest point in more than 20 years.