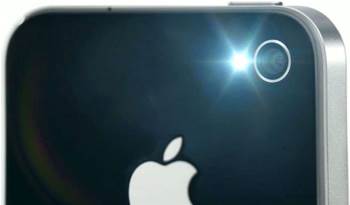 Apple has sought to derail a bid by Samsung to have the iPhone 4S pulled from Australian shelves by alleging the patents involved fall under French laws.

The South Korean electronics giant has asserted three patents and 28 claims against the fifth generation of Apple's iPhone in claims aired before the Federal Court of Australia for the first time today.

Samsung wants a temporary injunction even though current stocks of the iPhone are low or sold out.

It alleges Apple infringed on the three patents in iPhone 4S by failing to license their use directly from Samsung.

The iPhone 4S uses wireless baseband chips supplied by Qualcomm, which has its own agreement to license the patents.

Apple barrister Cameron Moore told a preliminary hearing Tuesday that although Samsung's three patents are registered in Australia, they could ultimately fall under French jurisdiction.

The patents underpinned wireless communication standards developed by the European Telecommunications Standards Institute (ETSI), allowing the iPhone 4S - among other smartphones - to operate over 3G networks in Australia and elsewhere.

Samsung’s membership with ETSI requires it to irrevocably license the relevant patents in a fair, reasonable and non-discriminatory (FRAND) manner to chip makers and device manufacturers that implement the patents.

Arguments over the application of FRAND licenses are legally accountable to French patent law under the ETSI agreement.

Apple counsel’s plans to produce evidence from French law experts to support its case that FRAND agreements are relevant to the Australian case.

It is believed to be the first time FRAND licenses have been tested in an Australian court.

Moore said, however, that Apple would ultimately argue it did not infringe Samsung's patents.

He also questioned why Samsung is seeking an injunction - rather than monetary damages.

"Because Samsung indicated it will license its patents on FRAND terms, it's not apparent to us why damages are not an adequate remedy in these proceedings," he said.

But she alleged that Apple had failed to meet its obligations under FRAND in any event.

"We offered a license to Apple and they declined to negotiate."

Watermark senior associate and intellectual property expert Mark Summerfield said Apple would be required to argue an injunction would unbalance its convenience in order to use the FRAND dispute, and inherently international law, as a defence.

"There is nothing in Australian patent law that would make any sorts of these agreements in any way determinative of whether or not there's infringement occurring, whether or not patent claims are valid or whether or not a patent should be enforced against one party or another," he said.

"The act says that if, without authorisation, you do any of the things covered by the patent claims, you're infringing and damages or other relief can be rewarded.

"The issue will get complicated here because it will depend upon the terms on which Qualcomm licenses the technology from Samsung and not merely upon the exhaustion of the patent rights which occurred."

Samsung asserted similar patents against the iPhone 4S in the US, France - where the FRAND issue is most pertinent - and Italy, though none of these courts had decided on how to deal with the matter.

A Dutch court denied Samsung an injunction over the iPhone 4S after confidential documents revealed the South Korean manufacturer had sought a 2.4 percent royalty license for the price of each chip in Apple products per patent allegedly infringed, which it deemed to be unreasonable.

Samsung also seeks to apply the same patents, part of a wider portfolio of seven patents, in Australia against Apple's iPhone 3G, iPhone 3G S, iPhone 4 and iPad 2 products in a separate cross-claim yet to be heard.

The FRAND patents differed from those enforced by Apple against the Samsung Galaxy Tab 10.1 tablet in Federal Court over recent months, Moore argued.

He said Apple's own patents are proprietary and designed for Apple's sole use.

Apple and Samsung used the directions hearing to continue to dispute the nature and scope of documents required for further hearings.

Though a hearing scheduled for Friday is expected to revolve largely around the FRAND issue, the parties are also set to argue on the balance of convenience should Justice Annabelle Bennett grant an injunction against the iPhone 4S.

Apple had sought a copy of a patent license between Samsung and Qualcomm but received a "heavily redacted" version which Moore said provided little detail on the nature of the agreement between the companies.

An amended version would likely be sent to Apple this week though Samsung counsel Cochrane said the scope of the document made it difficult to provide information without revealing other confidential provisions.

Apple also sought Samsung to produce the details of its 2007 settlement with Ericsson in the British High Court, which also dealt with similar patents under a FRAND-related dispute.

Samsung, in return, hoped to gain access to the source code for the iPhone 4S' firmware in order to probe for further detail on potential patent infringements.

The Korean firm also called on Apple to produce the agreements that Cupertino had formed with the three major Australian mobile carriers for all four generations of the iPhone released locally, in a bid to establish a balance of convenience in Samsung's favour.

Cochrane argued that handset subsidies provided to Apple since the launch of the iPhone 3G in 2008 had come at the expense of relevant subsidies to Samsung phones.

However, Justice Bennett raised concerns that the potential pile of material invoked in the case would overrun the case hearing, scheduled to occur over four days this month.

Moore described the present case as "twice as complicated" as the Galaxy Tab 10.1 injunction hearing.

"The more complicated the interlocutory hearing is going to be, the more impossible it's going to be," Justice Bennett said.

"If you want a judgment out on this before the end of the year it's going to be in everyone's interests to try and make [the scope of discovery] as narrow as possible."

The case hearings could ultimately extend to six days, which Justice Bennett said could become more like a final, rather than interlocutory, hearing for the case.

Updated: Confidential documents in Dutch court stated Samsung wanted 2.4 percent of the chip price for every patent it alleged Apple had infringed in the iPhone.