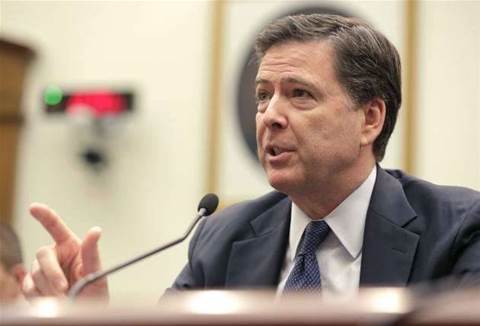 FBI director James Comey today admitted to a congressional panel that a court order forcing Apple to give the FBI data from an iPhone belonging to one of the San Bernardino shooters would be “potentially precedential”.

The remarks are a change to Comey's statement last week that forcing Apple to unlock the phone was "unlikely to be a trailblazer" for setting a precedent for other cases.

The issue of precedent is central in the public fight between Apple and the US government over the shooter's iPhone, which Apple has cast as a pivotal case that could lead to loss of privacy for all its customers and should be decided by Congress rather than a court.

Comey today acknowledged that the FBI would seek to use the same statute it is trying to apply in the San Bernardino case to compel Apple to unlock other phones "if [the statute] is available to us."

Members of the US House of Representatives judiciary committee seized on Comey's statement that the case could set a legal precedent allowing the agency access to any encrypted device.

"Given... that Congress has explicitly denied you that authority so far, can you appreciate our frustration that this case appears to be little more than an end run around this committee?" committee ranking minority member, Michigan Representative John Conyers, asked.

Comey argued the FBI was not asking to expand the government’s surveillance authority, but rather to maintain its ability to obtain electronic information under legal authorities that Congress has already provided.

Late last week Apple filed a motion to vacate a court order demanding it unlock the phone. Apple CEO Tim Cook has said he is willing to take the case to the US Supreme Court.

A federal judge handed Apple a victory in another phone unlocking case in Brooklyn yesterday, ruling that the All Writs Act did not provide the legal authority to order Apple to disable the security of an iPhone that was seized during a drug investigation.

Apple's general counsel, Bruce Sewell, is expected to argue before the committee later today that creating a tool to unlock the phone would weaken the security of hundreds of millions of Apple devices.

"Hackers and cyber criminals could use this to wreak havoc on our privacy and personal safety," he said in prepared remarks.

Meanwhile, US Attorney General Loretta Lynch called for greater cooperation between tech companies and the US government in prepared remarks for the RSA Cybersecurity conference in San Francisco today.

"We don’t necessarily have to be locked in perpetual and perfect agreement – but we do have to be engaged in open dialogue," she said.

Manhattan district attorney Cyrus Vance also today testified in support of the FBI, arguing that default device encryption "severely harms" criminal prosecutions at the state level, including in cases in his district involving at least 175 iPhones.

Vance's office has drafted legislation it wants Congress to enact that would go beyond the single court case and require companies like Apple to ensure that their devices could be accessed in unencrypted form.

The US Justice Department has sought court orders to force Apple to extract data from 15 devices in the past four months, beginning with a case in Brooklyn in which Apple declined to cooperate with investigators in October.