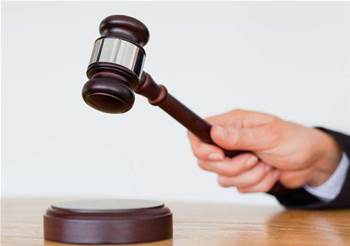 Closing arguments in US trial.

Samsung abused its "monopoly power" and demanded an unreasonable royalty from Apple for the use of wireless patents in the iPhone, hurting the device's commercial prospects, Apple experts testified.

Richard Donaldson, a former lead patents attorney for Texas Instruments, told the court on Friday a 2.4 percent royalty Samsung wanted on the price of the iPhone was discriminatory because the patents in question enabled just a fraction of the smartphone' s features.

"It enabled Samsung's technology to be introduced, to become part of the standard. They have acquired holdup power."

Samsung accuses Apple of infringing those patents, which are related to wireless communications for smartphones and are broadly licensed to Intel and other technology corporations. Apple, meanwhile, accuses Samsung of copying the design and some features of its iPad and iPhone.

The former Texas Instruments executive joined a string of rebuttal expert witnesses that Apple presented in court in the closing hours of the US legal battle with its South Korean rival.

Closing arguments and jury deliberations are set to begin next week.

The court battle is a facet of a bigger war for supremacy in the mobile market between the two corporations, which sell more than half the world's smartphones. The mobile market is one of the fastest growing and most lucrative in technology sector.

"If other companies were to determine that this is a reasonable royalty, then the total royalty on the iPhone would be something like 50 percent," Donaldson testified.

"It's neither fair nor reasonable because you could not be successful in the market."

Other expert witnesses included Michael Walker, a former senior Vodafone research executive, who from 2008 to 2011 chaired the European telecoms standards authority. He said Samsung failed to disclose in a timely fashion the patents referred to by Donaldson.

During cross examination, Samsung lawyer Charles Verhoeven probed the idea that trade secrets and confidential information were exempt from a requirement for full and timely disclosure. In any case, the South Korean company had never come under scrutiny from the standards-setting agency on that issue, he said.

The courtroom battle has transfixed insiders since July. Apple is demanding more than $US2.5 billion in damages and a sales ban, while its rival is demanding licensing fees. Samsung also says Apple's damages should be calculated not on gross margins, but after all other costs — such as marketing — are factored in.

The trial in San Jose in the heart of Silicon Valley has offered glimpses into the two huge corporate machines — from their design and marketing processes to the profits they make on devices.

Standing on the sidelines is Google, whose Android software powers most of Samsung's phones and is said by analysts to be an indirect target of Apple's legal assault against the South Korean company in a multiple of countries.

Tensions have run high with so much at stake, but the trial has offered some levity.

US District Judge Lucy Koh asked whether Apple lawyer Bill Lee was "smoking crack" after he presented a 75-page list of witnesses, a quip that came up again to much good-natured chuckling — including from Lee himself — on Friday.

Friday's testimony centered on the concept of standards or essential patents — intellectual property built into a commonly agreed set of specifications - and in this case, the UMTS wireless communications standard used worldwide by mobile devices.

Professor Ordover testified that standards essential patents — a point of contention in a global market where corporations constantly seek an edge — have enormous benefits to consumers and manufacturers. But they also have "potential risk" and can be abused. Ordover argued that Samsung unfairly wielded its two patents against Apple.

Apple's lawyers argue that Samsung — a member of the body that crafted UMTS standards in 2005 — is charging an unfairly high licensing fee for those patents, in effect trying to stymie market advances. Samsung says the patents are intellectual property for which it rightly requires compensation.

On Friday, Samsung's lawyers did not cross-examine many of the Apple witnesses at length and in many cases simply chose not to do so. The South Korean company has used up almost all of its allotted trial time.