Apple becomes most valuable company of all time 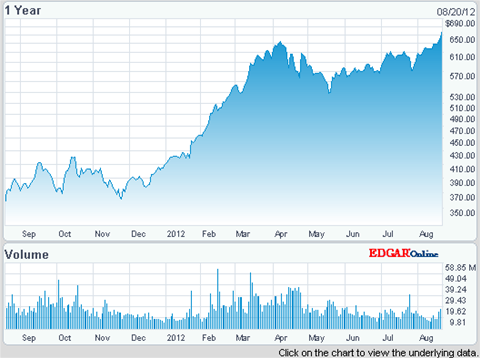 Apple became the most valuable public company of all time on Monday when the combined value of its shares exceeded a previous record set by Microsoft.

The iPhone maker has been the biggest public company in the world since overtaking Exxon Mobil to reach the number one spot last year, but Monday's move means that it has now entered the record books as the biggest company ever.

Apple shares have rallied as investors anticipate the release of the iPhone 5 and possibly an iPad mini in September as well as more details about the company's plans for an Apple TV, according to analysts at Bernstein Research.

"Everyone loves a winner, if you play the quick trade be careful," said Howard Silverblatt, senior index analyst at S&P Dow Jones Indices in emailed comments.

"If you are an investor check the fundaments and business plans, and avoid the hype in your decision."

Apple scaled new heights as fellow technology heavyweight Facebook briefly plumbed new depths. The social network slid to a record intraday low of $18.75 on Monday before bouncing back to trade around $20 after Capstone upgraded the company's stock to buy from hold on Monday.