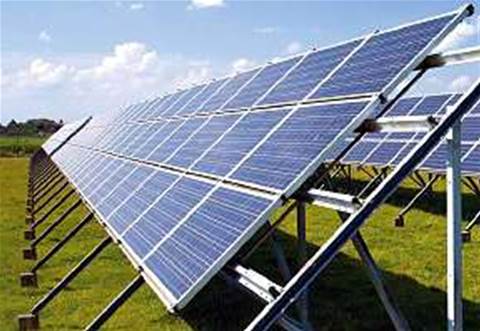 Apple has taken the latest step towards its goal of running all its global operations with renewable energy sources by embarking on partnerships with local companies to build its first solar power plant in China.

The US technology giant is building two 20 megawatt solar farms in the southwestern Chinese province of Sichuan. These will produce up to 80 million kilowatt hours - more energy than is required to power all of Apple's 19 offices and 22 retail outlets in China, the company said.

Apple has already deployed solar to power a data centre in Reno, Nevada in the US. In February this year, the company announced it would buy around $1 billion worth of energy from a Californian solar energy plant operator to supply its Silicon Valley office and retail stores in the state.

As of today, Apple claims that 87 per cent of its operations run on renewable energy.

Apple today also launched a separate project with the World Wildlife Fund to protect just over 4000 square kilometres of what Apple said is responsibly managed working forests in China.

China is the world's largest timber importer, and the WWF hopes the initiative will help the country to use paper resources more efficiently and responsibly around the world, through promoting sustainable forestry management.

IT companies and data centre operators are large power users. They are coming under increasing pressure to ensure their electricity sources are non-polluting, and provide auditable evidence of sustainability claims.

In Australia, data centre operator NextDC this year said it was looking into using the roof space of data centres to deploy solar panels to expand its renewable energy strategy.

NextDC is considering using power purchase agreements (PPA) as the mechanism for the solar build - under PPAs, developers build, operate and maintain arrays, with the customer agreeing to buy the generated power over a specified time period.