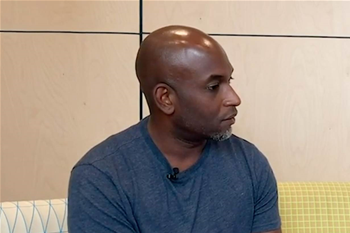 iTnews revealed in July that ANZ was one of two ‘big four’ banks to run sessions with renowned Kubernetes expert Hightower, with ANZ among the driving forces behind his visit to Australia.

One of the closed-door sessions ANZ ran with Hightower was to solicit direct feedback on the bank’s implementation of Google cloud and Kubernetes.

The bank this week provided a high-level assessment from Hightower in a recorded interview published to LinkedIn.

“In that challenging world … as much as people want to adopt [all this new technology], you're faced with this reality of you had to adopt it in a responsible way.

“I think the bank has probably made a lot more progress than they give themselves credit for. [ANZ] have a lot of expertise around [this] cloud-native technology stack.

“Just seeing some of the maturity of looking at this stuff, and making it work in this land of regulation, I think [ANZ] are on the right track there.”

Perhaps unsurprisingly, Hightower was vocal about continued adoption of open source technology, noting it could help the likes of banks meet specific local requirements more quickly than waiting for a commercial vendor to make changes to their particular piece of software.

“For the bank [in an open source world], now your relationship totally changes from the normal vendor-consumer relationship. You're now in a situation where you can take that software and extend it for the unique needs of the business.

“There are different rules in Australia than there are in the US. You can prioritise that feature set right on top of that open source and continue to move forward, versus getting stuck with existing technology.”

Hightower also noted that the community around open source meant that there were opportunities to share customisations and learnings with others.

“If you're an organisation that ignores open source, this is a free learning opportunity that you're kind of dismissing,” he said.