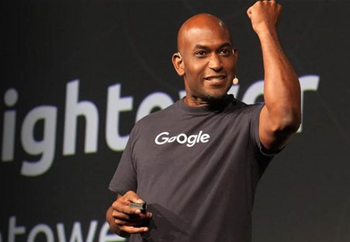 'Big 4' banks ANZ and NAB are among large organisations to have held sessions with Kubernetes expert Kelsey Hightower as he visits Melbourne this week.

Hightower - known for his Github-hosted guide on setting up "Kubernetes the hard way” and as a co-author of the Kubernetes: Up and Running book - had his visit part-sponsored by ANZ Banking Group.

Kubernetes is an increasingly popular orchestration tool for Linux and Windows containers. It groups containers into logical units for easy management and discovery, and was built by Google before being open-sourced.

ANZ Banking Group held a public and a staff-only event with Hightower yesterday in Melbourne, and will hold an additional staff-only session today.

His first ANZ staff-only talk was geared towards “the current state of technology and building engineering empathy”, according to a ticketing notice.

The session to be held today will see Hightower provide ANZ with direct feedback on the bank’s implementation of Google cloud and Kubernetes.

“Over the course of his visit, Kelsey Hightower will have spent some time with our engineering squads learning about our technology landscape and some of our engineering practices,” ANZ said.

“Hightower ... will share his insights into the ANZ technology landscape.”

Hightower’s appearance in Australia was said to be a joint effort by “ANZ, Google Cloud and the Melbourne Kubernetes User group”.

But he has appeared at a number of well-attended technical sessions in Melbourne this week, starting with the Google Developers Group (GDG) Cloud Melbourne meetup on Monday night.

Various photos from the week have shown standing room only appearances for Hightower.

It is understood that Hightower has been presenting variations of a session from the last KubeCon in the United States.

Hightower also appeared to host a private session for National Australia Bank where he ran through Kubernetes best practices.

The session was described by one NAB staffer as a “great kickoff to Google cloud platform, Kubernetes and a relationship between National Australia Bank and Google.”

NAB made it clear early on in its cloud-based transformation that it would employ “multiple public clouds”.

To date, most of the focus has been on its adoption of AWS and on the introduction of Microsoft’s Azure, though it now appears Google’s cloud is being added into that mix.

NAB chief architect Sergei Komarov indicated at the end of last year that the bank wanted to achieve code-level portability; that is, "avoiding having to rewrite substantial amount of business logic or data transformation code in order to enable it to run in alternate cloud provider infrastructure."