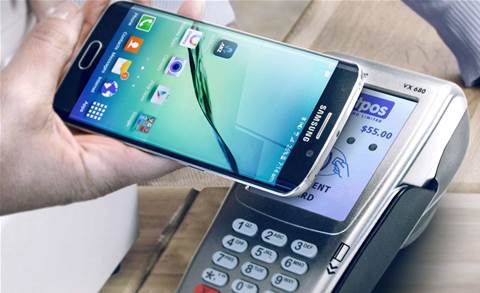 ANZ Bank NZ has released a contactless payments service for Android smartphones with a zero liability protection against fraudulent debit and credit transactions.

Called goMoney Wallet, the new application is integrated into the bank's existing Android app, which allows customers to check balances, transfer money and make payments. It will be available from tomorrow.

The Australian version will take a different approach to the Kiwi mobile wallet, however, and will operate as a standalone application that is not integrated with goMoney.

Liz Maguire, the bank's NZ head of digital channels and transformation, said the driver for developing the mobile wallet came from customers.

"A mobile wallet was the number one request from ANZ goMoney customers when they were surveyed this year," Maguire said.

Payments can only be performed within two centimetres of the terminal and with the phone active and providing confirmation, as a precaution against accidental transactions.

If a phone is lost, ANZ can remotely turn off the goMoney Wallet function.

Customers can tap and go for payments under NZ$80 (A$74). For amounts above NZ$80, customers are asked to enter a PIN, similar to the bank's existing contactless payment cards.

ANZ has tested a total of 23 Android phones for compatibility with the goMoney Wallet, including several newer Samsung models, HTC One smartphones, Google Nexus phones and Sony handsets. Android version 4.4 (KitKat) or newer is required.

Around 90,000 customers in NZ will be able to use goMoney Wallet, the bank estimates, as they have a compatible smartphone, the ANZ goMoney Android app and either a Visa debit or personal credit card issued by the bank.