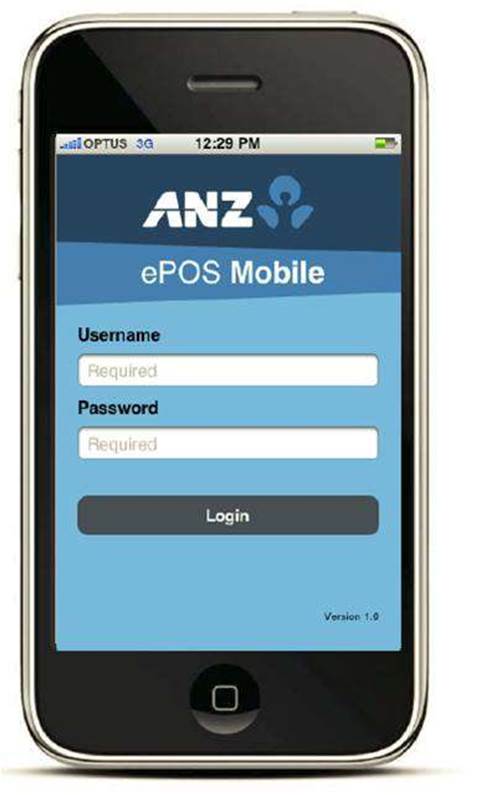 ANZ has completed a pilot of a new payments application that allows small business people to accept credit card payments via a mobile phone.

The iPhone application, dubbed ePOS Mobile [see walkthrough in gallery attached] has been tested by a number of retailers, including whitegoods supplier Fisher & Paykel.

"Our intent is for it to make it to the [iPhone] App Store by mid-year" said Peter Dalton, group general manager of innovation at ANZ.

It is the first such application to be trialed by a major bank in Australia, but will compete with iCCPay, an independent app developed by freelance web developer Michael Dimoudis and launched into the App Store in January.

Dimoudis told ITNews iCCPay, which costs $43.99, has attracted 75 downloads since launch. Uptake has been slowed by banks and payment processors.

"A lot of the banks have been declining new merchants because they mention iCCPay and they don't really trust it" said Dimoudis.

"The Commonwealth Bank has actually enabled all their staff to be aware of iCCPay but a lot of other banks are still not accepting it," he said.

Dalton said ePOS Mobile will be offered to ANZ business customers for free, and unlike iCCPay, it doesn't require clients to provide signatures.

"It also doesn't store any data on the phone so if the phone is lost or stolen no data can be compromised," Dalton said.

A spokesperson for Fisher and Paykel said the payments app had been well received by customers and was easy for staff to use, removing the need for logging into Eftpos terminals and printing receipts, which are emailed to customers.

Dalton said the key objectives of the project were to ensure the app was secure, fast and simple to use. "Small business is a sector that is highly mobile, but payments are complicated."

"Mobile technology has exploded in terms of what's possible" he said.

A number of similar applications are already on offer to merchants in the US, including Twitter founder Jack Dorsey's Square, which is being pitched at consumers who may not have merchant accounts but still want a convenient way to accept payments.

In February UK card issuer Barclaycard announced plans to pilot an iPhone POS terminal that would also enable contactless payments, and include a cash accounting tool for small business customers.