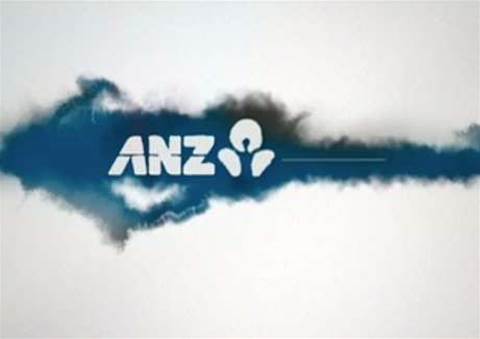 Google and Paypal the next wave of competitors.

In an opening address to the Banktech summit in Sydney yesterday, Weatherston described a challenging environment for IT departments in the financial sector, brought about by rising costs of capital and heightened regulatory oversight since the global financial crisis.

While banks grappled with systems availability and security amid a rapidly changing environment, new market entrants were approaching the financial services market unencumbered by the technology constraints of traditional banks, she said.

“Our traditional competitors are no longer our only competitors,” she warned, adding that new market entrants “threaten to reduce margins and remove our markets ... [and] in the fullness of time ... challenge the role of cash”.

Although keeping systems online was “easy if there is no change ... today, change will be a constant”, she warned.

"The bank that seeks to save money by removing annual maintenance budgets will pay the price," she said.

Governance will be essential. “Technologists that make shortcuts” – by purchasing IT from expense accounts rather than through the department, for example – risked their careers and the future of the bank, she said.

From a security perspective, Weatherston expressed some trepidation that the Anonymous hacking group has announced that it would target "Australia and New Zealand banks".

Costs, the cloud and aligning IT with business

Meanwhile, IT departments faced demands from the business to cut costs and “deliver more for less”.

This required skilful vendor management to ensure all products and services were competitively priced, Weatherston said.

The ANZ CIO acknowledged that IT was often among the highest areas of spending in any financial services organisation, and advised her peers to take a "unit cost structure" when budgeting so that spending could adequately be weighed against business value.

This is a big undertaking for an organisation the size of ANZ, she said, which manages some 2,000 systems.

The most hyped cost-cutting opportunity – the "holy grail", she said – is cloud computing. But Weatherston challenged the predictions of analyst group Gartner, which sees half of financial transactions moving to the cloud by 2015.

"I am not absolutely certain about this, but it will be very important to watch," she said. In the meantime, ANZ would "concentrate on aggressive virtualisation", she said, so it would be prepared should genuine opportunities arise for the sector.

Another major challenge was the time-honoured requirement to align IT with the business, Weatherston said, noting that technology has begun to define new banking models, with business processes now “encoded as a software component”.

“The relationship between IT and business has to be symbiotic,” she said. “This change forces IT deeper into the business design.”

CIOs and other senior technologists must subsequently play the role of “a trusted advisor of the business, with a seat at the table”, she said.

With Gartner reporting that some 40 percent of financial services organisations are in the throes of core system upgrades, Weatherston expected change management to be a key challenge in the coming year.

Although a generation of IT workers in the finance industry have worked for decades with the notion that core systems are not replaced, with any changes “hard coded into the core platform”, Gartner noted at the conference that the technologists that best know those systems are approaching their seventies.

At the other end of the employment market, Weatherston expressed some concern at the lack of Australian IT graduates, highlighting in particular a shortage of women in the industry, and speculating that the academic bar for courses could be set too high.

“The danger is, it accelerates offshoring,” she said.

The skills required today are less around building of systems, but business analysis and design, she said, recommending a focus on skills that supported the implementation of vendor solutions.

Weatherston's fifth and final challenge for IT executives in the financial sector over the coming year was to keep abreast of technology changes.

She urged her peers to watch other industries to see how technologies are being used to innovate, and spoke of a need to operate "innovation centres" within large businesses, provided these initiatives are matched with strong governance and funded according to metrics around creating genuine business value.

“There is a danger if they are off as an innovation group looking at toys,” she said.  “You need to set tight governance so that it's not just a bunch of guys in a lab doing fun things.”