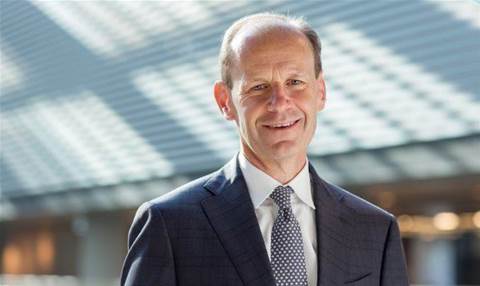 Walk into an ANZ digital branch and the first thing you notice is there are no ticket dispensers, no anti-bandit screens … and no teller windows full stop.

Instead, well dressed staff at stand-up desks with large, schmick monitors greet you as you arrive and, almost as quickly, try and show you that almost anything you’d want from a branch (bank cheques excluded) can be easily done on the bank’s app.

There are self-service terminals, automatic teller machines and comfortable places to sit and chat with matching décor that makes the new branches feel more like an airline lounge than a transactional hub.

These new teller-less branches, ANZ’s chief executive Shayne Elliott argues, are being rolled out to meet consumer demand for a blend of in-person retail and digital services.

Talking to the 2019 full year results, Elliott briskly dismisses any notion they are about eliminating people, property and operational costs.

"So they're not a saving.

"They [are] more productive, because you can get more stuff done in those branches, but they actually involve a quite significant investment in the technology. They are not a saving in and of themselves," Elliottt maintains.

“And the reason we're doing that is because that's what customers want, so they're actually an investment."

As the main street vanguard of ANZ’s big change agenda, the new branches are backed by the bank’s much-vaunted digital-first, agile push.

They’re also a window into ANZ’s sometimes radical and occasionally contrarian worldview of how technology and societal trends are shaping its business.

ANZ’s latest results put the number of digital branches it now has at 142 for 2H FY19, up from 114 for the previous full year, or an 11 percent lift.

Part of the cost of the digital branches will be offset by the closure of traditional branches which, thanks to the shift to mobile and online banking, have fallen from 629 in 2H FY18 to 577 in 2H FY19.

ANZ’s operational metrics list that reduction at 3 percent, but in raw numbers the shutters came down on 52 branch in the suburbs, regional towns and shopping malls.

Meanwhile, ANZ’s percentage of sales via digital, retail and commercial rose to 30 percent, a rise of 2.68 percent.

The fact is branches are gradually closing, alongside ATMs which Elliottt all but conceded are on borrowed time as cash usage declines.

But the hurdle that ANZ faces, like its peers, is how to push customers towards doing even more digitally when many are already converts.

ANZ’s results booked the total number of retail customers at 5.87 million, up one percent from a year ago.

Gently, positively, moving the people who presumably are digitally 'inactive' to active is the next challenge, and looks to be a key reason ANZ is sinking real cash into its cashless branches rather than pinching pennies.

Up the front of ANZ’s FY19 full year results, the bank calls out where it is “preparing for change” from the “last decade” to “next decade?” with contrasting words booked into two columns. It speaks volumes to the direction of the bank.

Value from branches; value from data.

It’s still banking – just not as we've known it.

Welcome to ANZ Digital ... your personal robot will see you now.