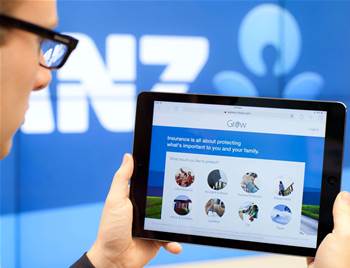 Pledges to keep developing the software.

ANZ Bank will soon make publicly and freely available a modelling language it created internally to ease the burden of documenting its IT systems architecture.

As one of Australia's largest financial institutions, ANZ is required to document all aspects of its IT, systems and development for risk management with the Australian Prudential Regulatory Authority.

While modelling systems would traditionally be a week-long mapping headache for ANZ coders, an internally developed Python-based modelling language has cut that down to minutes.

Known as Sysl - pronounced “sizzle”, an acronym for systems specification language - the tool offers developers a standard approach to visualising the design of a system.

“Rather than recreate documents [relating to systems architecture] all the time, what our team have done is facilitated the whole design process,” ANZ general manager of consumer digital technology Chris Venter said today.

“You prescribe your systems, the end points, the data modules, all through a text specification language. And then when you are ready, you hit a button and the magic happens.”

That “magic” means the tool spits out all of the mapping, systems specifications, endpoint descriptions and other descriptors of the bank’s architecture into a “neat” format that developers can “pick up and move” - effectively removing the grunt work associated with systems documentation.

“It’s given us a real speed advantage,” Venter said.

“We’re continuing to build this up, and we’ve estimated that through this first release we’ve been able to get around 15 to 20 percent productivity out of our current development processes. And with some of the new features we’re putting in, we think we can get that up to as high as 30 percent.”

Around 130 ANZ Bank developers are currently using the tool internally.

The bank plans to release it to the open source community within the next few weeks.

It promised to continue maintaining it in partnership with the community. Around two or three ANZ staff, depending on demand, will be given time to support the language out of their normal daily jobs.

“We are going to actively support and maintain it,” Venter said.

“ANZ’s not in the business of building software and selling software, so it’s not something we want to hold to ourselves. But not only that, we think with the amount of talent out there we think it can go so much further, and having an active community to help us do that is the way forward.”

Venter argued the text-based nature of the language differentiated it from the likes of the industry standard Unified Modelling Language (UML).

“They are close but they don’t do all the things, and they require knowledge of a very proprietary user interface - with a text-based language it is very quick and easy,” he said.

Update: The tool went live on Github on December 21.