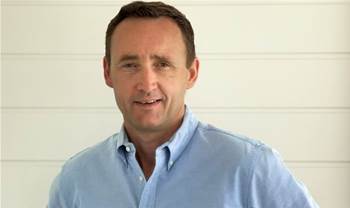 In his new role, the long-time exec will oversee the direction and delivery of the overall technology vision and strategy for the Australian side of the business.

White’s responsibilities will also extend to the build of ANZ’s new banking platform under its transformation project ‘ANZx’.

Set to officially begin in the position at the end of November, White will report to ANZ group executive of technology Gerard Florian.

Florian said White’s broad IT experience offers ANZ the right expertise for the “significant role that is instrumental for ANZ’s continued success.”

“Paul is a great fit for this newly-created role with a strong technology background and solid focus on delivering for customers,” he said.

“He has a strong technology background as well as a solid delivery focus and track record in leading teams through change, creating the conditions to enable high performance and building strong partnerships and stakeholder relationships”.

He will also continue his involvement in settling the sale of ANZ’s former life insurance, superannuation and third-party advice businesses to Zurich and IOOF until that time.

White spent close to 10 years working in various roles at HSBC prior to joining ANZ, most notably as director and head of innovation and global program manager.

He also developed and implemented numerous manager facing applications for the Bank of Bermuda New York’s Scotland offices as lead analyst programmer from 2000 to 2004.