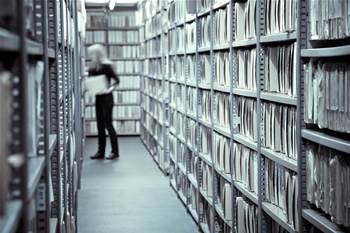 The Australian Signals Directorate’s official historian, Professor John Blaxland, has put out the call out on Twitter for an additional researcher to join the project in penning the history of the intelligence agency.

Blaxland, who was appointed as lead on the multi-volume project in July, wrote that the Australian National University’s Strategic and Defence Studies Centre (SDSC) within the Coral Bell School is looking for an additional historian.

The project to officially chronicle the secretive agency was flagged in December last year as the nation’s digital spies started trying to establish a more visible public profile after separating from Defence.

Two volumes will be produced, however, the agency’s cyber activities from the internet boom and September 11 attacks through to now have been deemed too sensitive for inclusion in the final tomes which will be released in 2022 to coincide with ASD’s 75th anniversary .

The three-year position currently being advertised will contribute to the work by conducting independent research into the organisation and publishing their findings in both the official history and other journals.

ANU said in the position description that the research initiative calls for expertise in historical research and writing, as well as an understanding of technical intelligence methodologies.

It will also contribute to the teaching of ANU’s undergraduate and graduate programs in intelligence studies, cyber security and operations, depending on the expertise and experience of the candidate.

Applicants for the post must be Australian citizens and be willing to undergo - and pass - an extensive security vetting process.