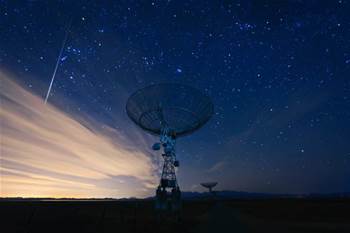 SIGINT affairs brought to book in 2022.

The Australian Signals Directorate has only been in official existence as a fully fledged stand-alone intelligence agency for a little under six months, but the nation’s authorised eavesdroppers, hackers and crackers want their good deeds immortalised in the annals of history.

The necessarily secretive outfit on Thursday very publicly went shopping for the ultimate piece of spy street cred, revealing it is hunting for people to pen an official two volume history of Australia’s SIGINT efforts that is fit for public consumption.

The call for an official history is a milestone for the agency which has over the past year come out from its traditional cone-of-silence and sought to establish a more vocal and visible public profile in the age of cyber warfare and endemic digital communications and commerce.

Other agencies, including ASIO, have already published their own official histories that act as key documents around which policy and academic debate is framed.

Having recently made its debut on Twitter, ASD is now seeking to lift its profile by demystifying some of its activities and hopes this will attract more people to work for it instead of cyber talent just heading to banks.

“ASD has played an important role in ensuring Australia’s national security since the formation of its predecessors, and is one of the key elements of Australia’s intelligence community” the agency’s pitch says.

“ASD has contributed positively to Australian society, however its work has never been able to be fully appreciated by the Australian Public due to the classified nature of ASD’s mission.

“ASD considers that an Unclassified Official History would be an important public record and would attract more Australian talent to consider a career with ASD.”

ASD is after the latter, and needs it “to be complete for publication in 2022, to coincide with the 75th anniversary of the formation of Defence Sigint Bureau.”

The mighty tome will come in two volumes that iTnews is very subjectively characterising as the historical periods of “before internet boom” and “after internet boom”.

“Volume one should provide a detailed account of ASD’s history until 2001. Volume two, from 2002 until the present day will be less detailed in recognition of national security limitations that apply to ASD’s more recent activities,” it said.

In other words all of the current fun stuff will need to be left out and readers will have to look to other unofficial sources like leak sites that have published considerable detail on electronic snooping activities, such is the duty of officialdom.

The great work can’t be too biased or boring either, which should prove a fun tightrope to walk.

It’s described as “an objective account of ASD’s history while at the same time being engaging for readers.”

But the big red pen of redaction is never far away, as the next line demonstrates.

Intriguingly, a security clearance isn’t an immediate prerequisite for the gig though it’s not clear if one will be needed down the track.

Anyone hoping to score the gig needs to get their skates on over the Christmas break, with submissions closing on February 6th 2019 .