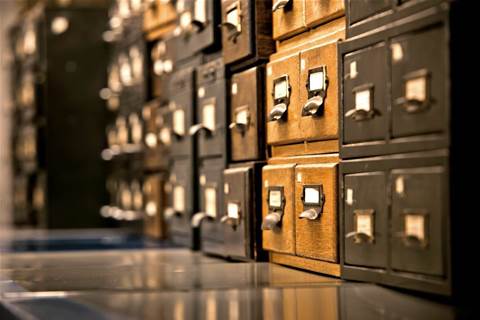 Australia’s cyber spy agency has entrusted one of the country's leading military historians to chronicle the country's official signals intelligence history, but the highly anticipated tome will pull-up just as the internet became a global phenomenon.

The Australian Signals Directorate on Tuesday revealed it had commissioned Australian National University professor and co-author of the history of ASIO John Blaxland to pen the story of its top secret past, which gets too sensitive to cover after 2001.

Blaxland, who has stepped down as the head of the ANU’s highly-regarded strategic and defence studies centre (SDSC) to take on the project, will spend the next three years chronicling the agency that last year broke free from Defence to become a stand-alone intelligence agency.

He will work with emeritus professor David Horner, official historian within the SDSC, as well as a team of other research

Burges has been pushing for the agency to become more transparent since proclaiming last October that ASD had “come out of the shadows”.

“ASD’s motto is ‘Reveal their secrets. Protect our own.’ but on our 75th anniversary we will reveal some of our secrets,” he said.

“I want the book to tell the stories of our dedicated, brilliant staff. Our history is their history – stories of ingenuity, success and sacrifice.”

But the history will ignore ASD’s more recent escapades in cyber space, with the events of the last 20 years to be left off the tome entirely, as is often the case with classified material.

It will instead focus on the agencies time as the War as the Defence Signals Bureau, including its origins intercepting and decoding Japanese radio signals during the Second World War.

Blaxland said that “signals intelligence is known to have played an important role during the Second World War”, with those successes having “laid the foundation for the post war antecedents of today’s ASD”.

“Yet what exactly has ASD and its antecedents done to warrant being designated a statutory agency? This project will explain how and why ASD emerged as it did following the Second World War,” he said.

“It will explore the significance of ties with allies, examine the impact of evolving technology, and demonstrate how the directorate responded to changes in government priorities, in legislation and strategic circumstances.

“I think it will change the way we understand how Australia responded to its defence and international security challenges.”

Blaxland said his experience writing from classified sources for the history of ASIO meant the he was prepared for the “challenge of writing about ASD”.

“This is a remarkably significant but little known or understood national capability,” he said.

“I look forward to writing about this hi-tech institution in a manner accessible to the non-technical but interested reader.”

The history will be finished in time for ASD’s 75th history in 2022.