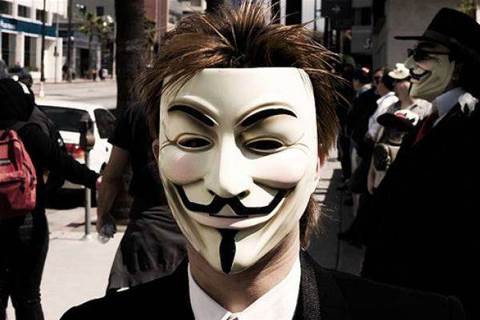 Anonymous has defaced the website of security firm Panda Security in response to the arrests of hackers this week.

The hacks came in response to several high-profile arrests made public by the FBI this week, including a LulzSec member revealed to be have been an information for the government agency,

In a statement, Anonymous said that it had "backdoored" Pandasecurity.com and accused the Spanish anti-virus vendor of "earning money working with Law Enforcement to lurk and snitch on anonymous activists".

It said: “They helped to jail 25 anonymous [sic] in different countries and they were actively participating in our IRC channels trying to dox many others.” It added that Panda's actions "only help to endanger people even more" as "they contribute to bring activist [sic] to jail".

Panda Security acknowledged the attack but said the server compromised "was only used for marketing campaigns and to host some of the company's blogs".

"Neither the main website (pandasecurity.com) nor (cloudantivirus.com) were affected in the attack," it said.

"The attack did not breach Panda Security's internal network and neither source code, update servers nor customer data was accessed.

"We assure all our customers and partners that none of their information has been compromised and that our products and services continue functioning as normal.”

The hacker group said in a statement posted on its website that it would "continue fighting for freedom in the world".

“We think that it is also important to start removing the old power structures that oppress people. The FBI does work for politicians after all, who are kept in office by the campaign donations of corporations. No longer represent the people. It is time for a change.”

One of the many Anonymous Twitter feeds claimed that it had blocked the account of Sabu and later said: “a movement against authority without leaders drives authority insane; they cant break down a movement by corrupting the leader".

Anonymous warned the FBI to "spend a little less time pursuing Anonymous and put more effort into bringing to justice the white-collar criminals who crashed the economy in 2008 and 2011" and, in line with the global Occupy movement, called for it to "stop working for the 1 percent".

Another account, FuryofAnon, which Sabu told SC Magazine was an official channel for Anonymous, said it was "shocked out of my mind".

The final tweet from Sabu's account, posted before the news broke, read "Die Revolution sagt ich bin, ich war, ich werde sein", which translates to "The revolution says I am, I was, I will be".

Got a news tip for our journalists? Share it with us anonymously here.
Copyright © SC Magazine, US edition
Tags:
anonymous hacker hacking lulzsec panda security website