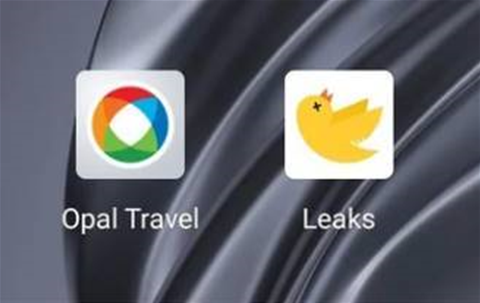 Transport for NSW rushed out an update to its Opal Travel app this week after accidentally shipping a previous version with a dev tool called Leaks that appeared as a separate app on users’ Android devices.

Users reported seeing Leaks - or LeakCanary - on their Android devices earlier this week after downloading TfNSW’s previous update to the Opal Travel app, which was released last Friday.

LeakCanary is an open source “memory leak detection library” used by app developers to hunt down the cause of memory leaks and reduce crashes when building Android apps.

A screenshot from a user showed a Leaks app tile - which uses a dead yellow bird as its icon - installed on their smartphone as a “dev extension for Opal Travel”.

Users reported that uninstalling Leaks resulted in the Opal Travel app disappearing from their devices as well.

A TfNSW spokesperson said the agency was aware of the presence of the Leaks app on some users' devices, and had already released an updated version of its app to fix the problem.

iTnews understands the update was released on Tuesday this week, leaving a four-day window where users could have downloaded the update that contained Leaks.

“The Android version was released with some developer code meant for internal purposes,” the spokesperson said.

“Some of our Android customers have reported seeing what appears to be an additional app called ‘LeakCanary or Leaks’ on their phone.

“We apologise for any confusion caused. An updated version of the app is now available which will remove Leaks or Leak Canary.”

TfNSW would not say on how many users ran the update before the issue was fixed, but there are more than 130 reviews on the Google Play Store mentioning Leaks.