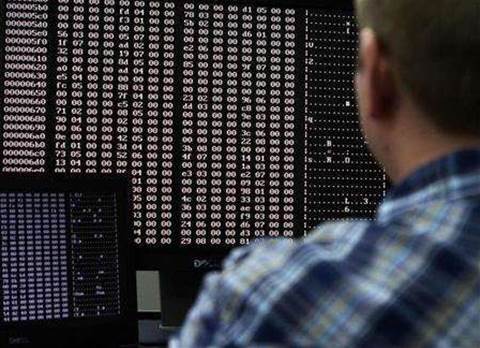 An analyst looks at code in the malware lab of a cyber security defense lab at the Idaho National Laboratory in Idaho Falls, Idaho September 29, 2011. Credit: Reuters/Jim Urquhart/Files

According to study by US security agencies.

Google's Android, the dominant mobile operating system, is by far the primary target for malware attacks, mostly because many users are still using older versions of the software, according to a study by the US Department of Homeland Security and the Federal Bureau of Investigation.

Android was a target for 79 percent of all malware threats to mobile operating systems in 2012 with text messages representing about half of the malicious applications, according to the study from the government agencies, which was published by Public Intelligence website.

By comparison, about 19 percent of malware attacks were targeted at Nokia's Symbian system and less than 1 percent each at Apple's iOS software, Microsoft's Windows and BlackBerry.

Android continues to be a "primary target for malware attacks due to its market share and open source architecture," said the study, which was addressed to police, fire, emergency medical and security personnel.