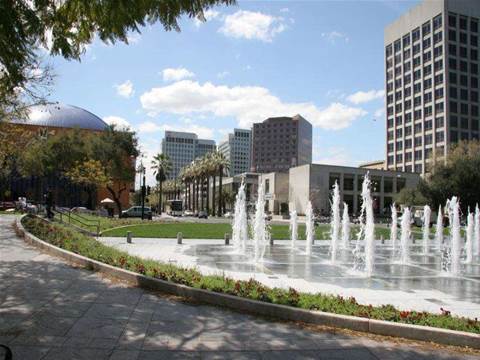 A group of intellectual property experts have warned that search engines, web hosts and e-commerce sites will be stripped of protections if the proposed draft of the Anti-Counterfeiting Trade Agreement (ACTA) is endorsed.

The ACTA is a trade agreement being forged between the United States and 26 allies including Australia, Canada, Japan, New Zealand and nations within the European Union, which seeks to impose universal obligations around the protection of copyright and other intellectual property rights.

The latest round of talks began today in Lucerne, Switzerland.

Intellectual property figures in Canada, Europe, New Zealand and Australia have for several years expressed concerns about provisions within the treaty that would make Internet Service Providers liable for the actions of their subscribers, and netizens subject to criminal penalties for the sharing of pirated material.

Now, academics and IP experts in America have joined the protest, taking the most recent draft text of the treaty released by ACTA negotiators and "redlining" or "marking up" suggested changes to the document that would make it a better deal for the technology industry and consumers.

The group of academics - led by several library groups and IT industry lobby groups, has published the document [PDF] and will provide a draft to the Office of the US Trade Representative - America's team at the ACTA negotiating table.

In an interview with iTnews.com.au, prominent intellectual property lawyer and co-author of the redline document Jonathan Band told iTnews that Silicon Valley has much to fear from ACTA.

Band counts among his clients the Computer and Communications Industry Association and NetCoalition - whose clients in turn include Google, Yahoo, eBay, and Amazon.

Technology companies based in America, he said, rely heavily on exceptions in US law such as "fair use".

"For example, search engines copy the entire World Wide Web into their search databases on an ongoing basis," he said. "That copying is permitted in the U.S. under the fair use doctrine.

"ACTA would increase the penalties without providing exceptions such as fair use.  So, a U.S. search engine could face more exposure overseas than it already does."

In some countries, he noted, U.S. search engines have already been found liable for copyright infringement for conduct that would have been deemed lawful in the U.S.

To date, damages claims in these cases have been very small. But ACTA seeks to impose statutory damages for breaches of copyright on a global level. Statutory damages are a set, pre-established punishment or fine for any infringement.

If a search engine were to be found to have infringed copying an entire database of the World Wide Web for example, with pre-established fines per infringement set in law, the bill could be enormous.

Web hosts, Band said, would also be in danger as ACTA requires countries to adopt 'third party liability provisions'. These organisations would be responsible, as would an ISP, for the actions of their customers.

In the U.S., third party liability is balanced out with 'fair use' such that third party activity is not necessarily considered an infringement.

Band said that while the redline document "reflects the concerns of American entities", he believes the suggested changes "would benefit all technology companies and consumers.

"We seek to promote the interests of technology companies and consumers everywhere," he said.

Australian legal academic Kimberlee Weatherall has laid out her concerns for how ACTA would impact Australian law for both ISPs and citizens.