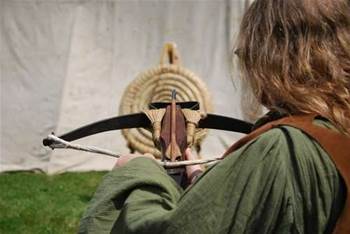 Adopters of powerful servers based on the latest generation of Intel and AMD processors announced this week will have no choice but to pay for the most expensive version of VMware's hypervisor operating system.

Under VMware's licensing regime, any machine with more than six cores per socket must use the Enterprise Plus or Advanced licensed versions of the company's operating system, vSphere 4.0.

The Enterprise Plus and Advanced products - while far more sophisticated than cheaper alternatives - are charged at a significant premium over other versions.

Where a 'Standard' VMware VSphere4 license costs US$795 per processor, list prices for the Advanced and Enterprise Plus versions cost US$2245 and US$3495 respectively.

Tony Iams, senior analyst for Ideas International said VMware is looking to cash in on the advances it has made in the software arena by pushing those customers using high density computing into more expensive pricing tiers.

"If you want to use a processor with six cores or more, VMware mandates the use of these versions," Iams said. "VMware is clearly intent on getting its deserved dues for any higher level of consolidation being made available."

Representatives from AMD and Intel played down the impact.

AMD country manager Bevan Slattery said users need to consider whether their software vendors are licensing per socket or per core before choosing how many cores to operate with.

"We've also adjusted our pricing on the CPU side and on the platforms overall, so that should help offset [licensing costs]," he said.

Intel, meanwhile, argued that the power savings the new servers will create will far outweigh any additional software licensing costs.

The licensing implications of 8 and 12 core processors was put to both Citrix and Microsoft today.

"Moving from a 4 or 6 core to a 8 or 12 core processor does not affect Citrix's software licensing as their licensing is either per server, or per user/usage through concurrent users and devices," a spokesman for Citrix said.

While VMware's larger customers are likely to pay a higher price as they move up the stack, smaller customers are being lured to the software vendor using discount promotions.

To counter the cheaper (if not free) alternatives provided by Citrix and Microsoft, VMware launched a promotion this week offering 50 percent off the list price of its server consolidation and management software (VSphere4 Essentials), available until June 15, 2010.

The 'Essentials' package is much the same as a 'standard' license, but without the high availability functions and targeted at organisations wanting to consolidate 10-15 physical machines.

The vendor said the promotion would allow small businesses to "consolidate and manage application workloads while reducing hardware and operating costs" for under US$500. (US$495 per Essentials bundle that includes three dual-core hosts).

Iams said that to date, VMware has been able to "dictate prices" on virtualisation software, justifying its pricing regime on the basis that the consolidation of five or six physical servers onto one physical machine running multiple virtual machines can return the investment on the cost of VMware licenses within a short period of time.

Organisations consolidating at ratios closer to 20 to 1, he said, are realising significant savings, despite the high licensing cost.

But hypervisor solutions available from Microsoft and Citrix now offer this consolidation piece at a fraction of the price.

The key differentiator for VMware, he said, are features such as memory management or the means by which VMware's high end tools allow for the virtualisation of storage and network resources for "dynamically re-provisioning resources without adversely affecting workloads."

He warned that Microsoft's heterogeneous management tool, System Center VMM2008 R2, is "very capable" but he was not in a position to offer a timeframe as to when the vendor might close in on VMware's technical lead.

"It's hard to predict the future," he said.

It might take one to two releases of Microsoft's server products to catch VMware, he said.

"Microsoft has the developers to make this happen right now," he said. "They just have a longer testing and validation process, as their install base and use cases are so much wider and the technology only tends to be released as part of a wider server play."