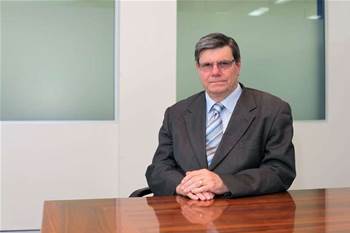 A saga decades in the making.

David Havyatt welcomes the passing of legislation for the long overdue structural reform of the telecommunications industry.

The passage of the Telecommunications Legislation Amendment (Competition and Consumer Safeguards) Bill 2010 this week signals the achievement of an important structural reform.

That reform has been a long time in discussion and, despite the legislation passing into law, still has a long way to go.

It’s important at this moment to consider the implications of the bill – but also recognise the long road to get here.

Where are we now?

Technically, the legislation requires Telstra to undergo functional separation and is denied access to future mobile spectrum unless it has three separate undertakings accepted by the ACCC.

The first is an undertaking under which Telstra no longer controls a fixed line network whilst selling services to the public. Telstra has until 2018 to make this happen.

That high level detail is fundamentally unchanged between the Bill as carried and the Bill originally introduced last year.  Telstra’s leadership was initially vociferous in its objections to that Bill, but has since changed its stance from being opposed to the Bill to wanting it passed expeditiously.

Thodey and company have resolved for themselves the benefits of doing so; and now with NBN Co and the Government, the terms and conditions for doing so.  The legislation was amended to provide legislative protection for some of the agreements reached by Telstra and NBN Co.

The plan Telstra will be presenting will not be about dividing up the existing company at all. It will be about how Telstra, as it migrates its customer base to the NBN, will be progressively structurally separated.

We are used to thinking of big regulatory changes as having specific winners and losers.  In this case, everyone should be winners.

I’ve argued in an article some years ago that Telstra has a lot to gain from separation.  It has struggled as an investment over whether it is a growth stock or a utility – now that issue is resolved.  They get a new access network without investing in it.  They learn how to be a retail provider that doesn’t own a network enhancing their ability to compete in overseas markets.

The other providers benefit from a more “level playing field”, but will ultimately face on that field a better equipped competitor.

The biggest winners should be customers who will be offered a better choice of providers and not face the trade-off of the dull but reliable network owner versus the innovative but potentially unreliable reseller of services.

While it will take until 2018 to get to the fully separated industry, the eight years are only the last in a journey that began nearly twenty years ago.

In 1991, at the start of the reform of the telecommunications market, ATUG and others argued for Telecom Australia’s network to be separated from its retail operations.

However, unlike the situation in the USA, there was no simple dividing line between local service and long distance.  As a consequence, separation would have seen the whole of Telstra’s network operations housed in one business.

The argument as to whether to structurally separate Telstra was not an ALP policy whilst in power. A much publicised dispute between Australia’s then communications minister Kim Beazley and Treasurer Paul Keating was not simply about structural separation; but about whether OTC should be merged with Telecom or with AUSSAT (which was sold to be the core of a competitor).

As for the other side of politics, Paul Fletcher notes in his book Wired Brown Land that the coalition conscious decision to rule out any separation of Telstra prior to commencing privatisation in 1996.  As further privatisation of Telstra was considered, the question of separation was revived.  From about 2000 on you couldn’t find a politician who didn’t believe Telstra should be separated, but none of them could figure out how to bring it about.

In 2002 an ALP discussion paper, Reforming Telstra, considered six options for reviewing the structure of Telstra.  In response the then Communications Minister Richard Alston briefly referred the matter to the relevant Standing Committee, before the inquiry was terminated after a further report from Lindsay Tanner suggested there was no effective way to enforce separation on a partly privatised entity.

Telstra, meanwhile, realised it had to do something about the future of its copper access network.  One Telstra exec told a Senate Committee in late 2003 that it was “right to suggest that ADSL is an interim technology. It is probably the last sweating, if you like, of the old copper network assets. In copper years, if you like, we are at a sort of transition - we are at five minutes to midnight.”

Then in 2005 Sol Trujillo pitched Telstra’s plans for a fibre to the node (FTTN) network for the capital cities to the Government.

As the Coalition Government struggled to respond, the ALP hatched a plan. ALP advisers had attended a 2004 forum that heard it was time to invest in fibre to the premises, and that this could be used to structurally reform industry.

They hadn’t counted on Trujillo, who throughout 2008 tried to get the structural reform component removed from the NBN.  Telstra’s infamous short (and inadequate) bid in the first NBN process was a consequence of not getting that agreement.

This created both a dilemma and an opportunity.  But the Expert Panel advised the Government that FTTN (fibre to the node) proposals were problematic in accessing the Telstra copper, but also that FTTN did not “provide an efficient upgrade path” to FTTP (fibre to the premise).

Telstra’s failure to bid had created the opportunity to go straight to an all-fibre access.  The Government still needed to achieve structural reform.  It showed Telstra that an integrated fixed line future would be a very limited opportunity.  And so Minister Conroy provided Telstra with an incentive to want to change.

So whilst the passing of legislation was a vital step, we are but two-thirds of the way through what will be a thirty year saga.  And as all good students of literature know, much can change in the tale before the last few pages.