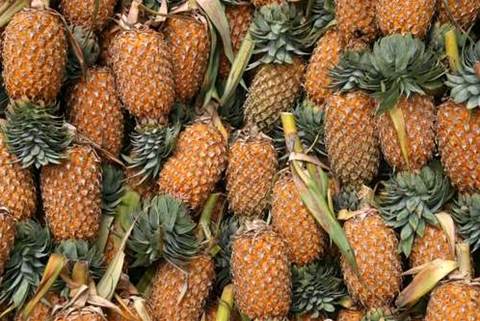 Your name on a pineapple.

ISP Internode has defended a revamp of its Easy Broadband plans that some users believed was less attractive than the Telstra offer it was trying to better.

Managing director Simon Hackett spent the best part of the day in a burgeoning Whirlpool thread that highlighted the ‘winners' and ‘losers' of the revamp.

Internode and other ISPs have been under pressure to match or compete with a limited-time ADSL2+ bundle offer by Telstra that has attracted heavy interest from broadband users.

"My intention in disclosing something new was coming at all was to avoid people changing plans or providers just before we released something new to consider," Hackett said today.

"The intention was not to compete on a 1:1 basis [with Telstra] but to improve value wherever there was room to move, and to do it sustainably. This is exactly what Internode did.

"There was no deliberate intention to create false expectations whatsoever."

Hackett said he made sure customers "knew we had a revision in the works.

"I intentionally didn't set expectations beyond that in order to allow us to complete ongoing negotiations that were happening in parallel to the release process," he said.

"I am not responsible for the mistaken expectations other people manufacture in their heads based on the speculations of others."

Hackett said plan specifics were subject to 11th hour negotiations with the ISP's suppliers prior to today's announcement.

He said Internode had "improved the service delivery to the absolute maximum that we can economically improve it at this time."

It offered 50 GB of data - double Telstra's quota offer - for $49.95 a month when bundled with NodeLine.

It was customers whose homes were located in Zones 2 and 3 that hit forums such as Whirlpool to voice frustration at the new plans.

While there was no requirement for these users to move to the new Internode plans, many claimed to have had expectations that they might have enjoyed speed or quota improvements from today's announcement.

Hackett outlined several reasons why Internode's plans were an improvement on the Telstra offer.

"BigPond's offer is for a limited time only. Internode's is permanent," he said.

Hackett jokingly acknowledged that not every Internode customer would receive a "pony" under the new plans but warned customers contemplating switching to BigPond that there could be a sting in the tail.

"Somewhere else, in a corner you haven't yet found, a little pony dies and a pineapple has been planted with your name on it," Hackett joked [the post has since been removed].

"But it's OK - you've got 24 months to work out where they planted that pineapple. (Hint: It's somewhere the sun doesn't shine)."