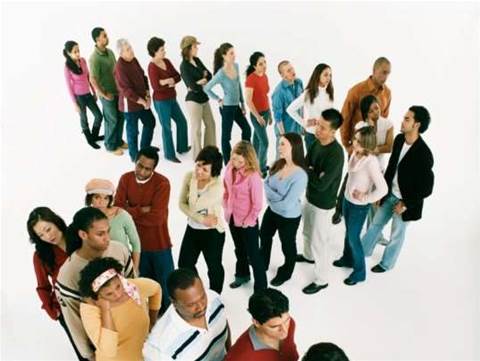 Australia's ICT industry groups all want to claim credit for the NBN and play a strategic role in its development. But who has sway over the industry or Government?

Depending on your budget, US$865 can buy access to a Melbourne conference focused entirely on FttH (fiber to the home) technology, with the likes of Senator Stephen Conroy appearing as the keynote speaker.

Then again, AU$645 spent at a talkfest in Sydney offers the chance to sit down and tell him what you think of the NBN for yourself.

Such are the offers being made available by various ICT Industry Associations as they attempt to position themselves as the conduit of choice to influence Government policy.

Never before in Australian history has industry been given such incentive to cosy up to Government like what is on offer from Ruddstra, AKA NBN Co., AKA the 'new, new' NBN.

Groups such as the Communications Alliance, the FttH Council and the Digital Economy Industry Workgroup have invited the Senator to speak at hastily arranged conferences.

The Communications Alliance is hosting two half-day 'NBN Industry Connection' forums in Sydney and Melbourne next week and claims to be bringing "the industry together to kick-start its response to the Government's proposed regulatory reforms to facilitate the NBN rollout."

The events were no doubt rushed together to precede a long-planned conference in Melbourne hosted by the Asia Pacific FttH Council. This US$865 per ticket conference, to be held May 19-21, also features speeches by Senator Conroy and the ACCC's Michael Cosgrave.

Beating both to the punch was industry analyst Paul Budde and his 200-member strong 'Digital Economy Industry Workgroup', some 80 of which paid $645 to attend an invite-only discussion with Senator Conroy at Sydney's Observatory Hotel late last week. Budde claims the Digital Economy Industry Workgroup is an open club with "no membership fees and no cost" that is closely aligned with both the Australian Telecommunications User Group (ATUG) and the IIA.

Several of these ICT advocacy groups claim to be influencing the Government's NBN policies.

At its most extreme, the Internet Industry Association claims the whole idea of the NBN came from IIA reports.

"In 2006 the IIA called for a nation-building approach to broadband," the group says on its web site. "The ALP picked up on our targets and turned that into a policy."

Budde, meanwhile, claims the Digital Economy Industry Workgroup is on such good terms with Senator Conroy, it is just about setting his technology agenda. He says the group prepared a report on fibre to the home (FttH) technology last year - the contents of which Budde "recognised in what was handed down as the Government's plans."

"We have a feeling the Minister clearly listened to us last year," Budde told iTnews.

Budde also claims the Government took a leaf from the workgroup's research on FttH when Senator Conroy commented on the potential for 'splitter' technology to be used to extend the reach of fibre networks in his address to the National Press Club last month.

Senator Conroy was invited to drop in on the workgroup's latest get together last week, telling Budde and company that he values the industry's contribution. Several groups within the workgroup are now working on updated reports to submit to the Senator's office.

Dr David Skellern, CEO of Government-funded ICT research centre NICTA, says the 26 ICT industry groups all jostling for position around the NBN may be doing the sector a disservice.

"All of these conferences are part of the milieu of what needs to happen to form a [sector-wide] view," Dr Skellern told iTnews yesterday, "but what is important is how we distillate all of these views to Government, how they lead to one set of priorities for the country's benefit."

Ian Birks, CEO of the long-standing Australian Information Industry Association (AIIA) said he is supportive of Dr Skellern's sentiment. But he "has doubts the whole industry can unite around such a broad agenda."

"The AIIA has tried to put together an industry-wide response on issues in the past, but it is very difficult," Birks said. "Some organisations are happier to come together than others. There are so many relatively small organisations that are very tightly focused.

"My point of view is that the industry should at the very least agree on a set of common things that are vital to the future. We could agree on some core advocacy positions and go from there."

Birks has visited Communications Minister Stephen Conroy , Science Minister Kim Carr and Infrastructure Minister Anthony Albanese, among others, but he "certainly won't be saying I invented the NBN."

Of all the competing interest groups, industry analyst Paul Budde lays claim to having the most influence to date.

Budde has already met with education minister Julia Gillard, and he is also hopeful of a meeting with Health Minister Nicola Roxon - both with regards to forming a trans-sector approach to the NBN that focuses on applications such as smart grids, eHealth and distance education.

But the big dog, Budde says, is the Prime Minister. Budde wants to get Kevin Rudd's buy-in to ensure this "trans-sector approach" to the NBN.

"You don't want a silo approach, where it becomes purely a telecoms issue, and the Healthcare and Education Ministers serve different agendas," he said. "We need the Prime Minister's leadership to avoid that silo thinking - to unify the Government around the NBN, similar to what President Obama is doing in the United States."

"The naysayers think the NBN is all about high speed Internet access," he explained further. "So you need the Government and industries working together to show that it will be used for more than just Internet access."

Senator Conroy, meanwhile, isn't annoyed at how much attention the NBN is generating. Far from it. In his eyes, the recent discussions around the NBN represents the first time the ICT industry has all been on the same page.

The final paper will be based on the widespread consultations the department has engaged in with industry.

"The Government welcomes the continued participation of the ICT sector in helping to map Australia's future in the digital economy," the Senator said.