Analysis: Getting your head around VMware's Cloud Foundry 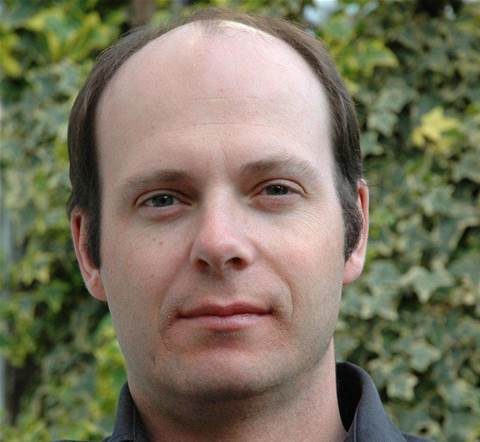 What it means for developers and VMware's bottom line.

VMware has launched a platform-as-a-service (PaaS) offering called Cloud Foundry that attempts to widen the company’s sphere of influence further into the open source area.

As the name suggests, Cloud Foundry is a hosted environment via which web applications can rapidly be executed – in a similar fashion to Salesforce’s Heroku, Google App Engine, Microsoft Azure and VMForce.

But while applications must be developed using Microsoft’s .Net framework on Azure, and the Spring framework on VMForce, VMware is promising to support as many development frameworks as possible on Cloud Foundry – starting with open source options Spring, Ruby on Rails, Node.JS, and Sinatra.

VMware is also attempting to differentiate Cloud Foundry by not only hosting the platform on its own servers (CloudFoundry.com), but also offering it to third-party service providers (vCloud partners such as Optus or Melbourne IT).

The vendor will also offer the PaaS environment wrapped within a downloadable virtual machine such that it can be hosted locally.

VMware has also promised to make the source code of the Cloud Foundry software available under an Apache 2 license to the open source community via http://www.cloudfoundry.org.

VMware CEO Paul Maritz said that the world of programming frameworks had “crystallised around Java and .Net” until recent years, when an “explosion” open source options such as Ruby on Rails and Spring offered alternatives - the latter being an area of huge investment for VMware.

“If the cloud is the hardware of the future, what layer will play the role Linux did for hardware architecture in the 80s and 90s?” Maritz asked at the launch.

Cloud Foundry is VMware’s attempt at an answer.

“Middleware hasn’t kept pace with advances above and below the stack,” added Rod Johnson [pictured], the Australian founder of SpringSource, which VMware acquired in August 2009.

PaaS has made gains in this area, Johnson noted, but too many have tried to “tie you into a single programming model, with services only updated only by vendors and applications only written for the one cloud.”

In introducing Cloud Foundry, VMware executives took great care to ease partner concerns that the vendor planned to establish itself as the application cloud of choice at the expense of telcos, hosting companies and other “cloud computing” partners.

Cloud Foundry.com will be available on a first-come, first-served basis at no cost, but it will not offer any service level agreements.

“VMware is not moving into the hosting business, we continue to be agnostic,” said Michael Warrilow, VMware’s Asia Pacific senior manager of products and solutions. “We just want to give developers a place to go and get familiar with it while we help vCloud providers to stand it up.”

Warrilow said the “more progressive” of VMware’ s vCloud partners (hosters and telcos offering infrastructure-as-a-service) will be trained to build commercial-grade versions of Cloud Foundry to offer to the enterprise.

How does VMware profit?

VMware intends to mirror the model that helped it win the server virtualisation market (free hypervisor, tied to expensive management tools for advanced functions) to win application developers to its PaaS play.

The vendor will offer commodity instances of Cloud Foundry software for free via cloudfoundry.com, but intends to profit from the licensing of some of its more advanced middleware for cloud-hosted applications.

Aside from offering commercial support for Spring-based applications (attained via the SpringSource acquisition), VMware will charge licensing fees for its vFabric tools such as Elastic RunTime (an app server for spinning up virtual instances) Elastic Data Management, Load Balancing and Performance Management (for tracking and managing the location and performance of applications and data in a fluid virtual environment) and Cloud Messaging (to allow communication between multiple frameworks and languages).

These middleware smarts represent “the most strategic area of investment for VMware in the long-term,” Warrilow said.