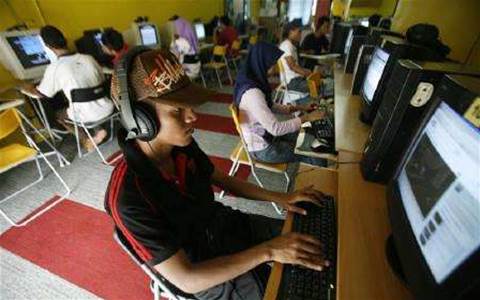 Tens of millions of customers and employees of major banks, hotels and retailers are now at risk of "spear-phishing" attacks after hackers stole their email addresses in what may become one of the biggest data breaches ever, security experts have warned.

The massive breach, involving online marketer Epsilon, a unit of Alliance Data Systems, looks like it will mainly put individuals at risk if they respond to camouflaged emails seeking their credit card numbers or other information, though it could help make those emails more believable.

The breach appeared to hit about 50 companies. About two percent of the companies that pay Epsilon to email their customers had data exposed in the attack, the online marketer said in a brief online statement on Monday. A spokeswoman would not give more details, but the company said on its website it has more 2,500 customers in all.

The breach, disclosed in stages since Friday, also reminded experts of other recent incidents in which individual company employees were targeted for email scams.

On Friday, Epsilon said some clients' customer names and email addresses were obtained via an "unauthorized entry."

Companies that have said they were exposed since then include banks Citigroup and Capital One Financial, and retailers Walgreen and Best Buy.

Compromised files apparently did not include the payment card data that has created scares in the past, such as at retailer TJX.

But security experts said just having email addresses -- plus knowing where someone shops -- can help thieves write more sophisticated emails to steal financial data or spread malicious software, or malware.

That practice -- using emails that appear to come from a trustworthy source to steal data -- is sometimes known "spear-phishing" because such emails are more focused than traditional "phishing" emails.

One aim can be to get behind a company's firewalls without needing sophisticated software, said Anup Ghosh, chief scientist of security firm Invincea. Thieves might then aim for business plans or trade secrets.

"I think the Epsilon breach is a symptom of where we are in the security industry," he said. "If you look at the attacks over the past quarter they're all targeting the users, the employees inside the companies," he said.

Even as the Epsilon alarm sounded, details came out Friday in another spear-phishing case. This involved the RSA security unit of data-storage giant EMC Corp.

According to a company blog dated April 1, an attacker sent two different phishing emails over a two-day period "to two small groups of employees" that seemed harmless, with the subject line "2011 Recruitment Plan."

"This was intriguing enough for one of the employees to actually pull the e-mail out of their junk box and double-click on the email attachment," according to the blog.

The attachment was a spreadsheet that also contained a feature that exploited a security vulnerability to give access to the employees' PCs and elsewhere in RSA.

Other attacks against oil and energy companies have been classified as "Night Dragon" by security firm McAfee, now part of Intel, and also rely on spear-phishing and other misleading methods.

Epsilon helps companies manage email marketing campaigns. It is too early to know the financial consequences of the attack for Epsilon, said David Frankland, who follows the company for Forrester Research.

But, he said, other marketers could have been hit just as easily. "This is an industry issue, everybody in this industry should recognize that they've dodged a bullet," said Frankland. He said he received emails from Disney, Best Buy and retailer Brookstone Inc notifying him his email had been obtained in the Epsilon attack.

Kevin Rowney, director of breach response at Symantec, said it would be weeks before investigators would figure out who hacked into Epsilon's records.

"Given the phishing activity it feels like a hacker crime ring. It's not a nation state or an intelligence agency. It's clearly someone interested in profit off of this data," he said.

Joris Evers, spokesman for McAfee, said individuals as well as companies should be on the lookout for tricks. Addresses gathered from Epsilon, he said, could be a treasure trove for cyberattackers who could use the information to trick unsuspecting individuals out of more valuable information such as credit card numbers and home addresses.