Analysis: Can Apple still be the challenger brand? 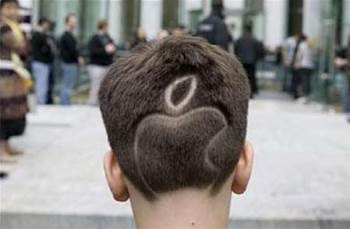 Ten ways Apple is looking more and more like Microsoft.

It is one of the world's best-loved brands, with some of the most passionate fans on the planet. But is Apple beginning to act like the very brand it set out to crush?

Even the most loyal PC user can't help but admire the Apple brand. Whether it is their sleek product design or undeniably brilliant business models, they are a game changing company, and they deservedly won the adoration of legions of fans worldwide. We're talking Justin Bieber hysteria at every product launch, and the sales to match.

I would consider myself an admirer - particularly from a brand perspective - and indeed I generate (small) revenue from the Apple brand.

But recent events suggest the good folks over at Cupertino need to do some soul searching. I'm not talking mass overhaul, but if they genuinely care about their brand, they may need to address a few concerns that have began to disillusion even some of their most faithful.

In February 2010, Apple culled over 5000 apps from the App store. To be fair, a lot were mindless trash. But the issue is not the removal, it was the selective removal. Playboy and Sports Illustrated to this day, for example, still have applications live that offers little more than those deleted.

Cue Phil Schiller, Apple's VP of Marketing when quizzed on the subject:

'The difference is this is a well-known company with previously published material available broadly in a well-accepted format," he told The New York Times.

In other words, screw the little guy - but a mass media company is fine to put out almost exactly the same content? Wait up, Apple, weren't you that little guy in 1976?

The constant veil of secrecy and tight security at Apple is becoming tiresome and again not representative of an engaging, challenger brand.

Whilst the new movement toward crowd-sourcing is inspiring successful start ups like Threadless, and encouraging increasing amounts of consumer engagement, Apple is moving the other direction.

Apple's image today is a fortress, full of scurrying security and paranoid lawyers.

Doesn't the challenger brand engage with the media, and indeed use them to their advantage?

Ask any journalist about the standard response from Apple when it comes to information requests.

'Apple does not comment on its business practices...' is the attitude of the dominant market leader, too big, too inert, too invincible to have to bother.

Developers? Good luck being able to find one who will speak about their experiences with Cupertino. The non-disclosure requirements mean they are bound to be tight lipped. Who is going to stir the honey pot when everyone is getting fat?

At the recent unveiling of the iPad, Steve Jobs opened with some 'updates'.

Once the applause finally died down, he started with some feel good statistics.

But in the same breath as telling the audience how good it feels to be opening stores all over the world and allowing the general public to come and experience the brand, he then reveals Apple is now a '$50 billion company' and goes on to boast they are bigger than Nokia.

'Its not something we focus on at Apple...' he went on to say.

So why say it?

The image from the garage where it all started in 1976 is still up on the screen - and you start talking about market dominance? Surely a 'sincere thanks to the legions of fans for putting us where we are' speech is that of a CEO more in touch with his brands positioning.

Or how about a "you know what, we've just sold our 250 millionth iPod and so in celebration we are making the next 250 million downloads on iTunes free"?

Sending the police around to a young technology reporter's apartment, bashing his door down in the process of some frenzied panic attack over maintaining secrecy is not the approach typically associated with 'lovemarks' like Apple.

Apple, you missed a trick here.

Lufthansa ended up having the kudos as the 'poking fun at the establishment' position here by offering the Apple employee who lost the yet-to-be released phone a free trip to Germany to enjoy a real German beer. Brilliant. Even Dilbert got in on the act.

OK, so we're getting off the technology beat here, but the daytime TV show 'Ellen' pulls in over five million viewers an episode in the US.

She aspires to have the highest number of Twitter followers in the world - (she currently has over 4 and a half million). She may not be everyone's cup of tea, but she is known for being off beat and this week featured on the show a parody of an Apple ad featuring her trying to send a text message on the iPhone.

How did Apple react? By chastising her into making an apology the following show.

Sorry? I can't help but think this was not thought through at all.

Steve - ask yourself what Richard [Branson] would have done. Demand an apology? I don't think so.

How about jumping on a plane to the next filming and going on the show, disarming the critics by having a laugh like everyone else? Give everyone in the audience a free iPad. Gosh, one better, offer Ellen the chance to make the next Apple ad for real!

That is the character of a challenger brand that has not lost its soul in spite of its size.

Read on to page two for five more reasons...