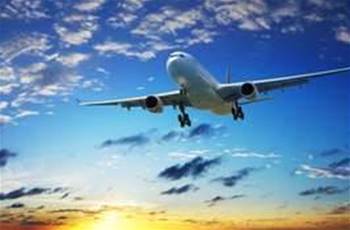 'No confirmed reports' of interference.

Australia’s mobile telcos have fired back over aviation concerns that 5G deployments could interfere with avionics.

Yesterday, the Australian Communications and Media Authority published a collection of submissions from airports and air safety regulators, calling for care in replanning
spectrum allocations in the 3.7GHz-4.2GHz band.

The submissions expressed fear that 5G operations in that band could interfere with aircraft radio altimeters, hampering safe operations in low visibility.

The Australian Mobile Telecommunications Association disagrees, claiming as support a report by the global mobile standards body, the GSMA.

AMTA CEO Louise Hyland said “AMTA is reassured by the GSMA report, which echoes similar findings from a 5G Americas whitepaper released in July 2021, which identified significant shortcomings in studies raising interference concerns which had been submitted by the aviation industry, not least the lack of any recorded instances of interference between 5G and aviation globally.

“All Australian mobile network operators (MNOs) have invested considerably in the capability and coverage of their mobile networks over many years, and we are confident in the body of work and regulatory framework in place to ensure this does not pose a concern in relation to aircraft safety,” she said.

The aviation industry’s fear arises because radio altimeters are assigned the 4.2GHz-4.4GHz spectrum band, which is immediately adjacent to the 3.7GHz-4.2GHz band Australia has assigned as a 5G band.

The GSMA’s 5G and Aviation Altimeters report (pdf) says interference has never been observed, even though the 3.5GHz-4.2GHz band has been studied by the telco sector for 15 years (note, the GSMA’s definition differs slightly from what’s allocated in Australia).

The GSMA study also attacks the methodology used by America’s Radio Technical Commission for Aeronautics, which first raised the spectre of interference in an October 2020 paper.

The “parameters and assumptions” in that paper, the GSMA said, “are not realistic, and no interference has been received from radars over the decades and none has been reported from 5G networks”.

The AMTA added that the Australian Civil Aviation Authority has published an Air Worthiness Bulletin (pdf), stating: “To date CASA has no confirmed reports of wireless broadband or telecommunication systems interfering with aircraft RA systems but is continuing to monitor this situation.”

The Air Worthiness Bulletin did, however, also note: “There is also a possibility that older model radio altimeters are more susceptible to interference.”