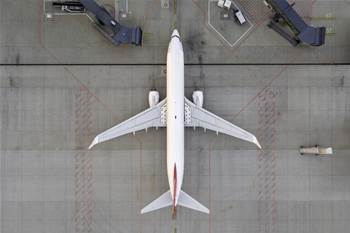 Airport operators from across Australia have warned that 5G services in certain spectrum bands could interfere with radio altimeters in planes, putting passenger safety at risk.

The comments [zip file] were made to the Australian Communications and Media Authority (ACMA), which is consulting on the replanning (reuse) of 3.4GHz spectrum once sat with NBN Co, and 3.7GHz-4.2GHz spectrum to - among other things - support 5G services.

But that replanning effort may have hit a hurdle, with airport authorities and operators alike seeking zoning restrictions and assurances that certain reuses of the spectrum won’t interfere with crucial avionics systems, particularly those used for instrument-based landing in low visibility.

Airservices Australia said that radio altimeters fitted to aircraft are “highly susceptible to RF interference entering the receiver, which can negatively impact their performance.”

The government agency backed the use of exclusion and restriction zones that matched international standards in countries like France and Canada.

“A set of worst-case circumstances leading to an aircraft accident could conceivably exist in the real world due to the uncontrolled nature of reflection planes near 5G base stations,” Airservices Australia wrote.

“With an increasing number of 5G base stations, there is a higher probability of this worst-case scenario occurring.”

Australian Airports Association, which represents 330 airports and aerodromes, backed the need for mitigations “to limit any potential negative impacts on aviation brought about by the proposed re-allocation of the 5G spectrum”.

Boeing Australia said that mitigations varied from country to country, and that “one size does not fit all” when it came to shielding aviation systems from potential interference.

“In the near term to ensure the safe operation of radio altimeters coexisting with new radio 5G and its variants; aviation, mobile phone companies and regulators need to work together to introduce interim regulatory arrangements,” Boeing said.

Sydney Airport raised other “potential” impacts from 5G in a submission of its own.

“It is acknowledged that these are potential impacts,” Sydney Airport stated.
“Some stakeholders have pointed out that, in the absence of absolute proof that these impacts will be seen in practice, there should be few if any restrictions placed on the rollout of 5G technology in the vicinity of airports.

“We do not support this view. Rather, given the safety implications of  some of these potential impacts, we believe it is appropriate to apply the precautionary principle.”

The airport urged ACMA to prioritise safety over the rollout of 5G in Australia.

Melbourne Airport, meanwhile, warned that airline operators may decide against flying certain routes or aircraft to Australia, depending on the outcome of the ACMA’s consultation.

“This could result in international airlines choosing or being directed to limit their aircraft operations to Australia, reducing capacity and access to international markets,” it said.

“This outcome has already been experienced in the United States with an international operator significantly limiting flights to several major airports due to concerns with 5G interference on aircraft systems.”

The US ran into problems earlier this year as airport operators and airlines similarly raised concerns at the deployment of 5G networks.

The Civil Aviation Safety Authority (CASA) said simply that it “understands ACMA will protect aviation from interference from other transmissions” in keeping with obligations under the Radiocommunications Act.