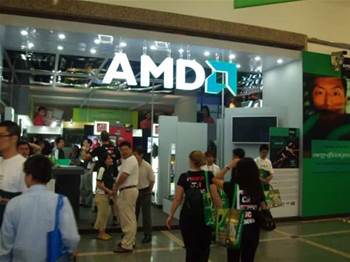 The technology works with the AMD Virtualisation Technology Specification (VTS) which provides hardware-based virtualisation acceleration. Formerly known by its 'Pacifica' codename, the technology is embedded in all AMD processors.

Running I/O transactions through a virtualisation platform adds complexity and overheads to a system. Accelerating such transmissions in hardware cuts down on the overheads.

Such control is currently handled by software which blocks access to certain ranges of memory. AMD is proposing to run it in hardware instead.

"But when you get to devices that have their own DRam, the IO/VTS specification really comes into play," she said.

For users to benefit, virtualisation vendors such as SWSoft, VMware and XenSource have to build in support for the technology into their products.

AMD has also made the technology available through its Torrenza initiative that allows third-party chip makers to develop so-called co-processors that accelerate specific processes.
Got a news tip for our journalists? Share it with us anonymously here.
Copyright ©v3.co.uk
Tags:
amdiospeedsstorageupvirtualisation