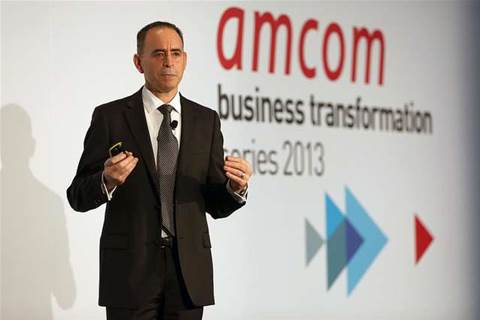 Amcom veteran and chief executive officer Clive Stein will end his 16-year career with the telecommunications company today as he steps down following Amcom's sale to Vocus.

Stein's departure was foreshadowed in the pair's scheme of arrangement to merge last December.

He stands down today to make way for Vocus boss James Spenceley, who will take over as the CEO and managing director of the combined group since its merger was made official last week.

Stein joined Amcom in 1999 as a general manager, working his way up to chief operating officer and in 2007, became chief executive officer and managing director.

At that time, the company's market capitalisation was around $60 million. It is now more than $600 million. Stein has also sat on the Amcom board since 2000.

"Clive saw the compelling logic in pursuing the combination with Vocus very early," Grist said in a statement.

"Over the past eight years, Clive has steered the company to a ten-fold increase in value during a period of great change in our industry. He is an innovative leader.

"On behalf of the board and the rest of the Amcom team, I would like to thank Clive for his tremendous contribution to Amcom and wish him the best for his next challenge."

A spokesperson said Stein would take some time to decide on his next moves.

Vocus' 244 employees and Amcom's 366 staff will come together to create a workforce of around 610.