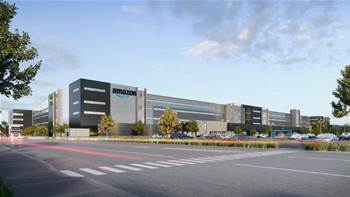 Amazon will build its first robotic Australian fulfilment centre in Sydney’s west in a bid to accelerate order processing times and improve the e-tailer’s competitiveness.

The company announced plans for the massive 200,000 square metre facility on Tuesday, which will also be its largest in Australia with “around the same land size as Taronga Zoo”.

The centre, to be located near the Western Sydney Aerotropolis, is expected to create 1500 permanent jobs when completed in late 2021, as well as a further 700 jobs during construction.

It will be the company’s second centre in Western Sydney, allowing it to increase its “capacity to fulfil customers orders”.

Amazon said the fulfilment centre will be “equipped with the most advanced Amazon Robotics technology”, allowing it to operate 24/7 and store “50 percent more items per square metre”.

The robots will be used to accelerate order processing times by “moving shelves to employees” to reduce how long it takes staff to pick “up to 11 million items” for customer orders.

Amazon Australia operations director Craig Fuller said the centre will more than double the company’s operational footprint in Australia, while improving efficiency for staff and customers.

Premier Gladys Berejiklian said the “construction and operation of this centre will deliver far-reaching benefits for the people and businesses of NSW”.

“With the ability to operate 24/7, the almost 200,000 square metre facility is expected to be the largest ‘fulfilment centre’ built in Australia,” she said.

“It will also be its most advanced, incorporating the company’s latest robotics systems, the first time these will have been deployed in the Southern Hemisphere.”