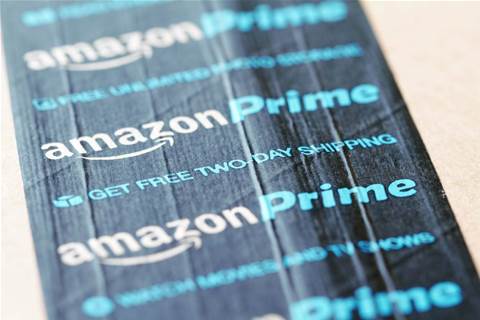 As a way around geoblocking.

Amazon began offering its paid subscription service in Australia on Tuesday, wooing premium users with a way around the geoblock on its offshore websites that has drawn criticism in the world’s 12th-biggest economy.

Customers get free two-day delivery to major metro areas, including all state and territory capitals other than Darwin and a host of larger cities such as Armidale, Geelong and the Sunshine Coast.

The start of Amazon Prime, which involves charging a monthly fee for free delivery, streaming content and other benefits, follows a timetable the world’s biggest retailer laid out soon after opening for business in Australia in December.

However, the company has faced criticism from shoppers for a relatively thin product range and uncompetitive prices. Last month, it said it would stop Australians buying goods on its overseas websites, a maneuver known as “geoblocking”, to avoid collecting Australian sales tax.

The Prime launch may help direct more shoppers to the Australian site, which offers a fraction of the range of Amazon’s US site.

Amazon’s vice-president of Prime International, Jamil Ghani, said in a statement that Prime in Australia would offer free international delivery on products sold on Amazon’s US website, which shoppers could order on the Australian site, circumventing the geoblocking.

“It’s as though Amazon are about to tell disappointed consumers ‘don’t worry about being geoblocked ... because our Australian website is now just as good as the US and UK with the launch of Prime,” said Daniel Mueller, an analyst at Vertium Asset Management, which holds Australian retail shares.

Amazon’s arrival in Australia has weighed on the shares of the country’s listed brick-and-mortar retailers. The e-commerce giant announced the start of Prime after the close of share trading.

Since the day before Amazon started taking orders in Australia, shares of the country’s top department store chain, Myer Holdings Ltd, are down 41 percent. Shares of No. 1 electronics retailer Harvey Norman Holdings Ltd are down 17 percent and shares of smaller JB Hi-Fi are down 5 percent.