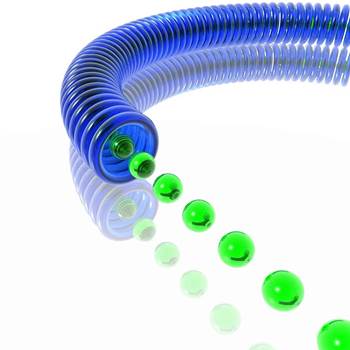 The new Amazon Virtual Private Cloud (VPC) is designed to help businesses move to on-demand services even if they have invested time and resources in on-premise IT infrastructure.

"This new offering lets you take the low cost and flexibility of Amazon Web Services [AWS] while leveraging the investment you have already made in your IT infrastructure," said AWS strategist Jeff Barr in a blog post.

Barr gives details on the blog on how businesses can get started with the new service, and the requirements needed to interoperate with the Amazon VPN implementation.

Like other AWS offerings, Amazon VPC will be sold on a pay-per-use basis, but is currently limited to customers on the East Coast of the United States.

"You simply pay an hourly charge for each VPN connection you create, and for the data transferred through those VPN connections. EC2 instances within your VPC are priced at the normal on-demand rate," Barr said.

"Imagine the many ways that you can now combine your existing on-premise static resources with dynamic resources from the Amazon VPC. You can expand your corporate network on a permanent or temporary basis. You can get resources for short-term experiments and then leave the instances running if the experiment succeeds. You can establish instances for use as part of a disaster recovery effort. You can even test new applications, systems and middleware components without disturbing your existing versions."

Got a news tip for our journalists? Share it with us anonymously here.
Copyright ©v3.co.uk
Tags:
amazonbusinessescloudhardwareinstancesnetworkingprivateresourcessoftwarestorage