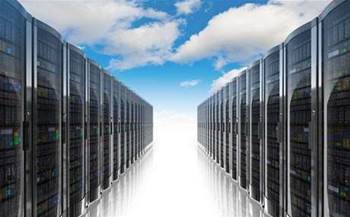 The General Purpose SSD volumes can now be selected when setting up EC2 instances as an option to magnetic EBS, with AWS claiming tenfold performance increases over the standard storage.

General Purpose SSD volumes start at one gibibyte and go as large as one tebibyte in size (1 kibibyte = 1024 bytes). They provide base performance of three input/output operations per second (IOPS) and gibibyte, with bursts of up to 3000 IOPS for 30 minutes.

Further burst IOPS are available on EBS via a Token Bucket system that accumulates credits that can be spent, at a rate of 3000 per second and volume.

AWS claimed it analysed typical Linux instance boot-ups and found they require around 7000 I/O operations, with Windows instances using about ten times as many.

Using the General Purpose SSD option instead of a standard magnetic volume slashes the boot-up time of Windows Server 2008 R2 in half, AWS claimed.

For situations that require greater transaction performance for use with large database workloads for MongoDB, Microsoft SQL Server, MySQL and other systems, AWS today also made available a Provisioned IOPS option.

The product offers volume sizes ranging from 10GiB to 1TiB, with up to 4000 IOPS provisioned to each. AWS guaranteed to deliver the IOPS rate within a 10 percent margin 99.9 per cent of the time, over a year.

The new general purpose SSD-backed option for EBS is available at AWS Sydney, costing A$0.12 per gigabyte and month.

Provisioned IOPS SSD volumes are charged at A$0.138 per GB/month, with an additional A$0.11 charge for each IOPS provisioned in the period. This means a volume with 1000 IOPS provisioned would incur a surcharge of A$110 per month.

As the cost of SSD devices continues to fall, technology which is substantially faster than older electro-magnetic storage is finding its way into the cloud, for normal computing workloads.

AWS cloud computing competitor Google yesterday announced a limited preview of its SSD backed storage for Compute Engine, with 30 IOPS per gigabyte, charged at US$0.325 per GB/month.