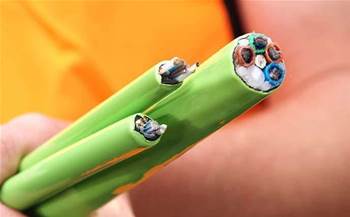 Reseller starts building its NBN base.

Amaysim has built an NBN subscriber base of “3000-plus” customers in its first four months offering NBN plans of its own, with up to one-third opting for the highest speed plans.

The telco reported today that since launching its own branded NBN services in early May, it had managed more than 1000 sign-ups by the end of June and more than 3000 as of today.

Its NBN services are provided courtesy of a sub-wholesale agreement with Optus. Amaysim also uses IT systems it acquired from the ISP AusBBS back in 2016.

It today said 455,000 of its 1.07 million mobile subscribers were in “NBN serviceable areas” and are being marketed the Amaysim-branded NBN plans.

Amaysim’s total fixed-line customer base is currently 7000 users. Based on the reported numbers today, about 4000 of those are ADSL or NBN subscribers that were acquired from AusBBS.

Early results from the NBN sign-ups showed an above industry average rate of new customers to higher tier plans.

At least for now, that is pushing average revenue per user (ARPU) on the NBN above expectations.

“ARPU for Amaysim NBN of around $68 [is] well ahead of expected guided ARPU of around $62 announced in May 2017 and driven by current product mix with 79 percent of subscribers choosing a speed tier of 25/5 Mbps or 100/40 Mbps,” the telco said.

“Long-term NBN ARPU [is] expected to migrate towards around $62 [excluding GST] as [the] product mix changes.”

Amaysim went to market in May promising to offer “one of the most generous contention ratios” of any provider, with further enhancements down the track as it builds its own links to specific NBN points of interconnect.

Its contention ratio - like all ISPs - is unclear. Whether it makes good on its promise or not will be partially revealed by its product mix; the early concentration of attempted 100/40 Mbps sign-ons would suggest customers are looking for providers that can offer both good speeds and price.

Contention ratios are likely to be exposed by a broadband monitoring program to be run by the ACCC.

NBN Co CEO Bill Morrow has likened the current market for NBN retail services to a “land grab” as ISPs try to sign up as many customers as they can.

Despite the apparent rush to build share, some prospective providers continue to wait in the wings.

Vodafone continues to promise an imminent entry into the NBN retail space, although the timing of its play is still unclear. Its public commentary suggests it won’t do anything too different to existing providers, in the belief it is too difficult to sign users up to more expensive plans that differentiate on service quality.