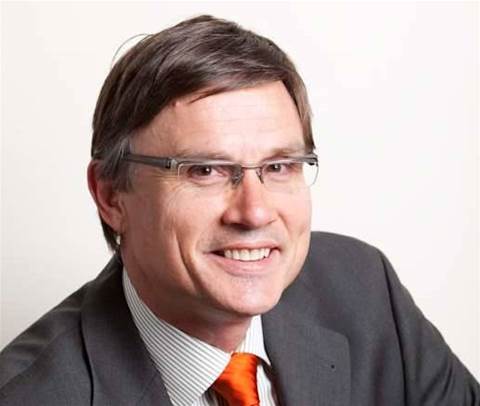 Scorgie joined the law firm from Chicago-based Mayer Brown last month. He told iTnews a big trend among US law firms was the adoption of cloud-based cognitive computing systems, and he expects the movement to trickle down to Australia.

“In the past computer systems have been reactive – they’ve waited for things to happen before they make a decision using a decision tree,” Scorgie said.

“Now they’re driving using that unstructured data to predict what people will do on the road to avoid accidents.”

But Scorgie is not convinced by arguments that such technology will replace human jobs - he sees cognitive computing as augmenting, rather than replacing, human capabilities.

“[British advisor] Richard Susskind said lawyers are going to become redundant and there will be computer systems that replace lawyers by drafting documents. His premise was that a rules-based approach could draft documents using a decision tree,” Scorgie said.

“That hasn’t happened, but what has happened with machine learning is that by looking at the large body of documents, [you] can get data from unstructured data to give lawyers tools to structure documents."

“I think the larger commercial law firms will begin to take advantage of these technologies within 12 months. There’s a number of technologies that are already in the market," he said.

The CIO says nervousness around the access foreign governments might have to firms' sensitive client data has meant the legal sector has been hesitant to adopt cloud technologies, especially in Australia and Europe.

“Many firms in the US are leveraging cloud services. The cloud is a big issue in the US, and many businesses are moving a considerable number of their services into the cloud. I think Australia, Europe and Asia are following a couple of years behind,” Scorgie said.

“The Europeans are particularly nervous about the global reach of US businesses and are perhaps going a little slower down that path. But in the US, everyone accepts that the cloud is the future.”

But Australian law firms are nonetheless closely monitoring what their US counterparts are doing in the cloud space, he says.

“There is a big directional change – and not just in law firms, but all sorts of professional services firms – in moving their dependency away from their internal infrastructure, and leveraging the economies of scale of external providers for what are largely commodities,” Scorgie said.

Being too scared to move will put law firms at significant risk, the CIO argues.

“The really advanced software firms [in the US] are not selling to law firms, they’re selling to in-house. But if Australian law firms move quickly, we can establish ourselves in the global marketplace.”